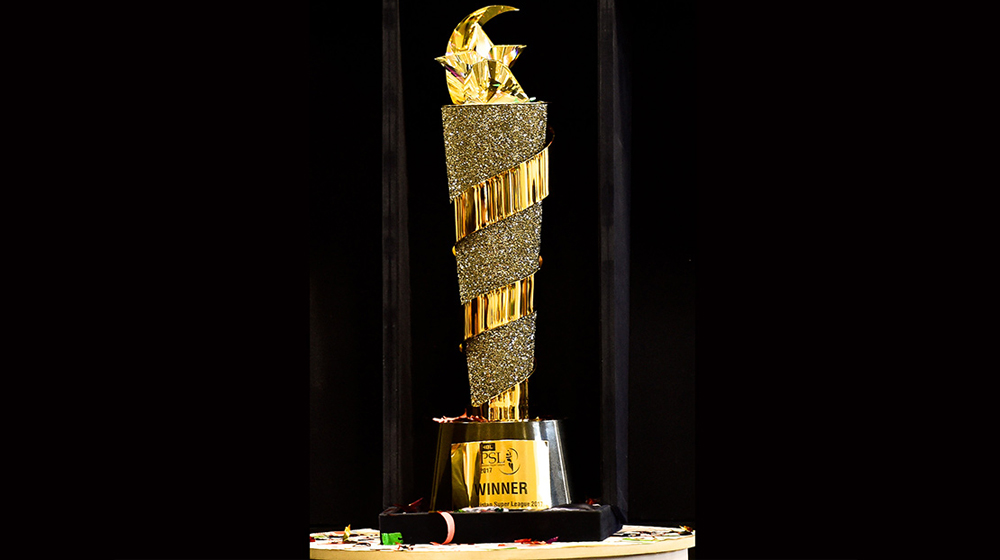 With days remaining before the start of Pakistan Super League’s (PSL) fourth edition, the glittering trophy for the tournament winners is set to be unveiled today.

The captains of all the six participating teams will be present at the event, which is scheduled for 4:00 pm today at the Dubai International Cricket Stadium.

According to details, Ehsan Mani will address the press conference along with captains of all the franchises which include Mohammad Hafeez, Imad Wasim, Mohammad Sami, Darren Sammy, Sarfraz Ahmed and Shoaib Malik.

The tournament will kick-off from 14th February following a star-studded ceremony which will feature world-renowned rockstar, Pitbull and Pakistan’s most popular band, Junoon.

Following the ceremony, the opening match will be played between the reigning champions Islamabad United and Lahore Qalandars.