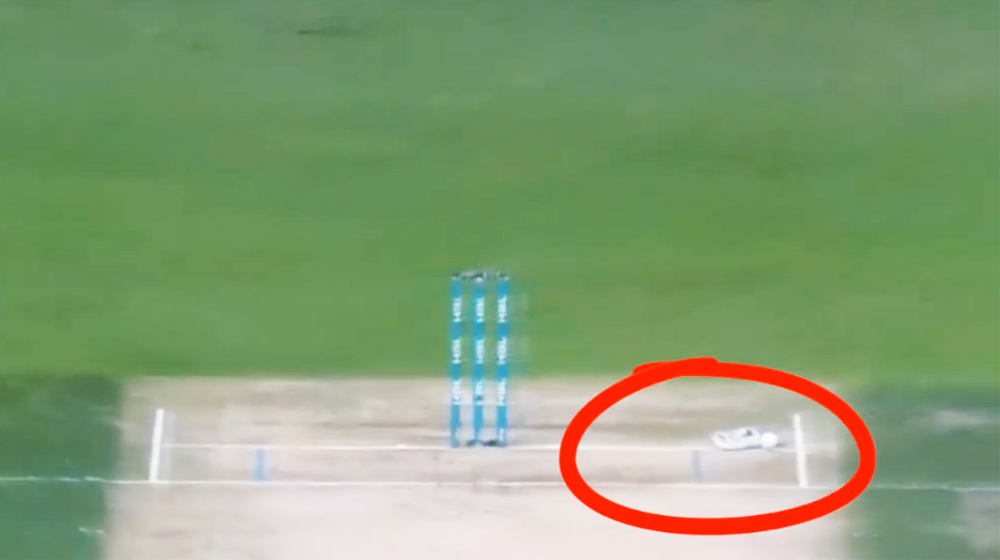 There have been many bizarre incidents on a cricket field but nothing tops what took place yesterday in the opening match of the Pakistan Super League (PSL).

Everyone seemed to be left confused after the umpires — Richard Illingworth and Rashid Riaz — came together for a chat early on in the game as the cameras circled in on Luke Ronchi. The commentators couldn’t decipher what was happening either.

It was the 5th ball of the second over of the Qalandars’ innings. Samit Patel bowled on the pads of Sohail Akhtar, which was easily worked on the on-side for two runs. Immediately after that, there was a hold-up as the throw came back from the deep square-leg region and hit Ronchi’s discarded wicketkeeping glove.

Following the incident, both umpires consulted and awarded Qalandars 5 extra runs; this neither impacted Samit Patel’s bowling figures nor helped Sohail Akhtar’s total run tally but it did make the Qalandars richer by 5 runs.

In addition to the 5 extra runs, Qalandars also got the 2 runs they had scored and got an extra delivery.

What do the Rules Say?

In case you were unaware, yes, there exists a law which deals with bizarre moments such as these but they have been a part of cricket for a very long time; Law 28.2.1.3 deals with fielding of the ball.

[It is illegal if fielder] discards a piece of clothing, equipment or any other object which subsequently makes contact with the ball.

It is worth mentioning that if the equipment has accidentally fallen off, there will be no repercussions.

So what happens when the law is broken? Well, if a fielder has intentionally (and illegally) fielded the ball then here is what happens:

In response, the umpires should inform everyone regarding the incident (both captains, the other umpire and the third umpire) and award 5 penalty runs to the batting side.

Similar Incidents in Past

This is not the first time such an incident has taken place on the cricket pitch. In 2012, Brad Haddin was keeping wickets for Australia against India.

The match was beautifully poised and here is what happened:

Similar to the Luke Ronchi incident, umpires convened and award 5 penalty runs to India as a result.

Now you know the rule!