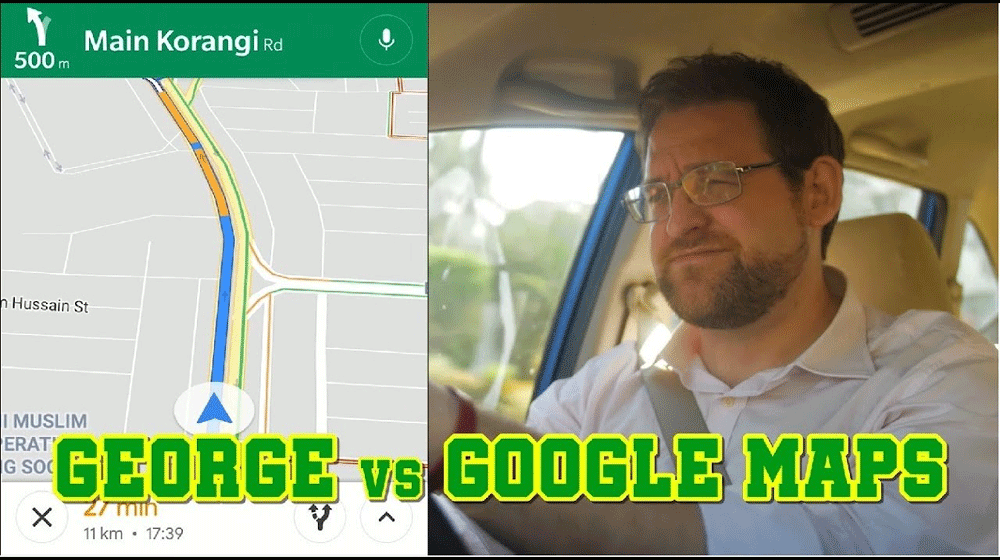 Fulton has recently shared a video on his social media account which is making waves on the social networks.

In the video, George has compared his pronunciations of Karachi street names with that of Google Maps – and the results are hilarious!

The British-Pakistani journalist continues to roam around the roads of Karachi to put Google Maps in real trouble.

And, when Google Maps keeps on pronouncing words funnily, Fulton gives it some schooling.

Google! Come on guys; you rule the world. You should be able to fix this.

However, the fit of laughter returns soon as Google pronounces Khayaban-e-Shamsheer as ‘Shamshaar’ and ‘Zamzama’ is becomes Zama Zaaaah.

For those unaware of George Fulton – he is a British-Pakistani journalist who has previously worked with the BBC as well.

His TV show ‘George Ka Pakistan’ – where he shared his experience as a British guy living in Pakistan – was a big hit back in the early 2000s.