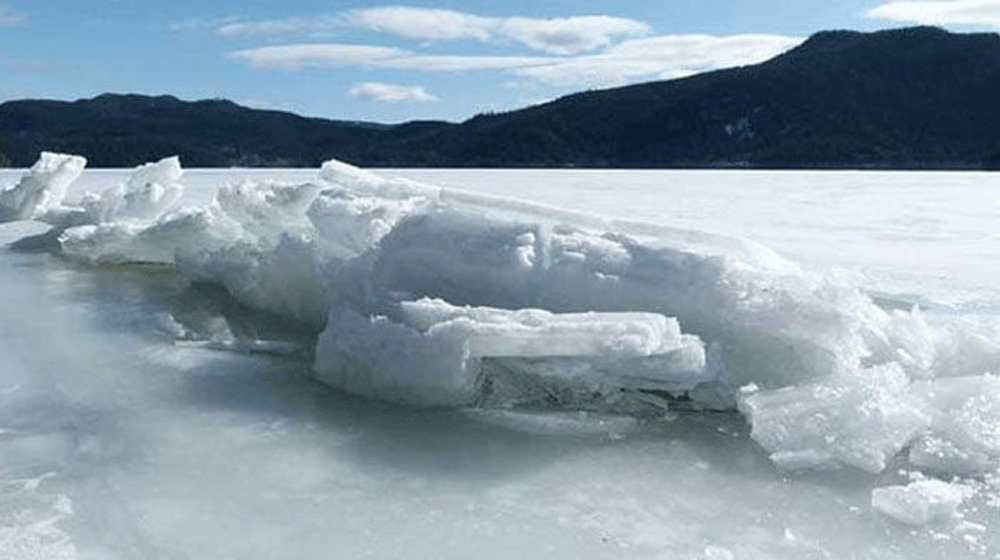 The surge of a glacier in Hunza’s Hassanabad area is posing a serious threat for locals, local authorities have warned.

According to Assistant Director of Gilgit-Baltistan Disaster Management Authority (GBDMA), the destructive Shisper glacier is coming closer towards the villages with each passing day.

“The 1300 meter wide and 600 feet long glacier is fast moving towards villages housing locals,” he said.

He said the glacier has moved 1,750 meters towards the villages in the last three months – forcing the closure of two powerhouses in the close vicinity which deprives 70% of Hunza’s population of electricity.

He further added that a portion of an under-construction powerhouse has also been affected by the glacier surge.

The surge of Shisper, dating six months back, has formed a supra-glacial lake. The residents fear the lake may overflow anytime and cause severe damage to the adjoining areas.

The GBDMA also issued a warning for the residents of Hassanabad village last week, directing them to stay alert and cooperate with authorities in case of an emergency.

The locals were asked to move to higher altitudes if they hear a siren from a nearby FWO camp.