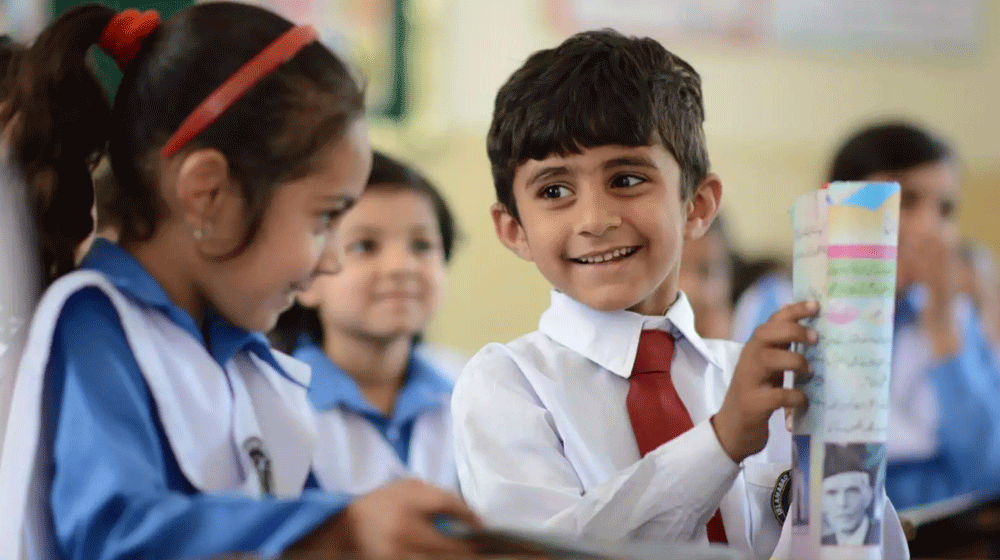 About 20 million or around 17 percent of children were reported to be out of school in 2018 compared to 19 percent during 2016, says the Annual Status of Education Report (ASER) 2018.

The survey was conducted by Idara-e-Taleem-o-Aagahi (ITA) in joint cooperation of with many civil society and partner bodies including the DCHD, CRDO, CMDO, DevelopmAlternativesives, Hamza Development Foundation, Society for Human Development, EHED Foundation.

The Scale of The Survey

According to the report, 11,000 educated volunteer/citizens that visited 154 districts (new districts added in Balochistan and Gilgit Baltistan) in 4,527 villages have based the ASER survey findings on the information gathered from 89,966 households and 260,069 children between the of age 3-16 years. For the year 2018, the ASER rural survey assessed 196,253 children of 5-16 years of age in Language (Urdu/Sindhi/Pashto), English, and Arithmetic competencies.

The report aimed to assess the progress or lack thereof with respect to Article 25A of the constitution, making education a fundamental right for 5-16-year-old children since 2010 and also for tracking progress towards SDG 4 measuring learning at the lower primary level.

It stated that nationally, there is a constant gender gap in out-of-school children with more girls than boys not being enrolled or have dropped out of school.

Early childhood education was also assessed in the report. It said that from 2014 when the enrolment was recorded at 39 percent, it declined to 37 percent in 2015 and 36 in 2016 rising to 37 percent in 2018 again in rural Pakistan. “Overall, government schools have witnessed a surge of 8 percent (71 percent) in enrolment for ECE, whereas private sector holds 29 percent of total enrolment”, it said.

The difference in learning levels is significant for English, where 68 percent of Grade 5 students could read English Class 2 level sentences compared to 49 percent public sector students.

In some provinces, this gap may be getting narrower for instance in Punjab (6 percent). However, the private sector edge is a consistent feature. This is corroborated by other studies too in Pakistan.

The conducted survey in the report also explained that boys are outperforming girls in literacy and numeracy skills. 47 percent of boys were found to be able to read at least sentences in Urdu/Sindhi/Pashto as compared to 43 percent of girls. For Arithmetic, 43 percent of Class V boys were able to do Class II level subtraction as compared to only 39 percent Class V girls. For enrolment, overall girls’ enrolment (rural) has been increasing since 2014, from 35 percent to 39 percent in government schools and from 37 percent to 41 percent in 2018 in private schools.

If given attention, this increase in enrolment can also lead to an increase in learning for girls- the two can reinforce one another. ASER survey also collected information on parental education. This year, the percentage of mothers’ have completed primary education has gone up (33 percent) as compared to 2016 (30 percent).

In addition to the assessment of children, the report also highlights the schools’ operations across every district in the country. The ASER rural survey informs that overall teachers’ attendance in government schools stood at 87 percent as compared to 89 percent in private schools on the day of the survey. Whilst private school teachers were reported to have better qualifications at graduate levels; 42 percent teachers in private schools are graduates compared to 36 percent in government schools; however, for MA/MSC or postgraduate qualifications, a larger percentage of public sector teachers have a higher qualification than their private sector counterparts.

Federal Minister for Education and Professional Training Shafqat Mehmood said that the literacy rate in the country is 58 percent which is still very low. The 20 million out-of-school children is a major challenge, but the government is striving hard to increase the literacy rate and improve the standard/quality of education in the country, he added.

He further said statistics show that the education sector is witnessing improvement. Along with literacy rate the government is also focusing on skilled education to produce skill people, he added.