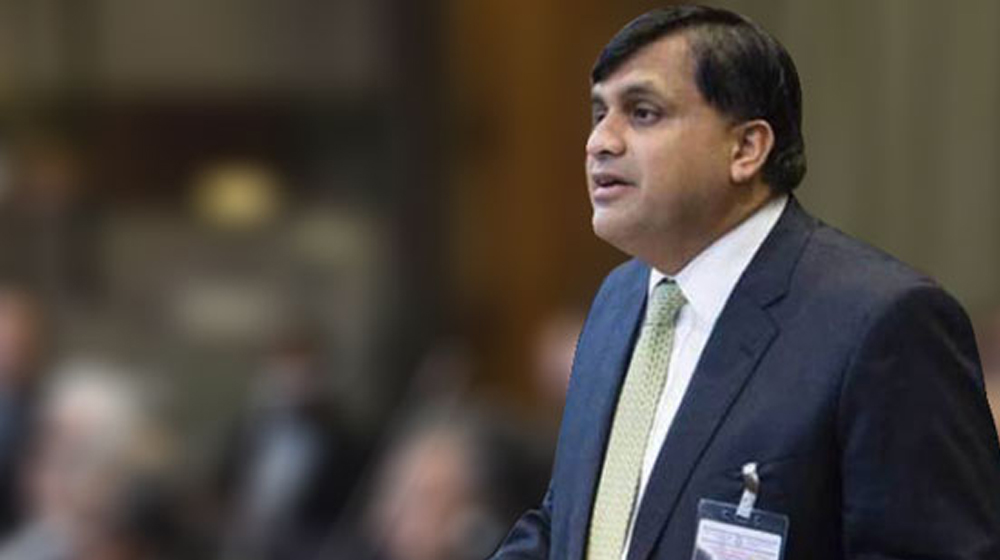 Twitter has suspended the personal account (@DrMFaisal) of Chief Spokesperson of Foreign Office, Dr. Muhammad Faisal, on a complaint by the Indian authorities.

The FO spokesperson had been posting updates regarding Indian atrocities in occupied Kashmir and the hearing at International Court of Justice (ICJ) regarding the Indian spy Kulbhushan Jadhav.

Pakistan Calls Back High Commissioner from India Over Security Concerns

Dr. Faisal was sharing the details of the ICJ case. Moreover, he divulged in his last few tweets that the members of the European Parliament called for an end to the human rights violations in Jammu and Kashmir.

He stated that the EU “should not trade with countries that violate Human rights.”

The development has come while Dr. Faisal is present in The Hague, where ICJ is hearing the case of an Indian spy Commander Jadhav, who was convicted of espionage by a Pakistani military court.