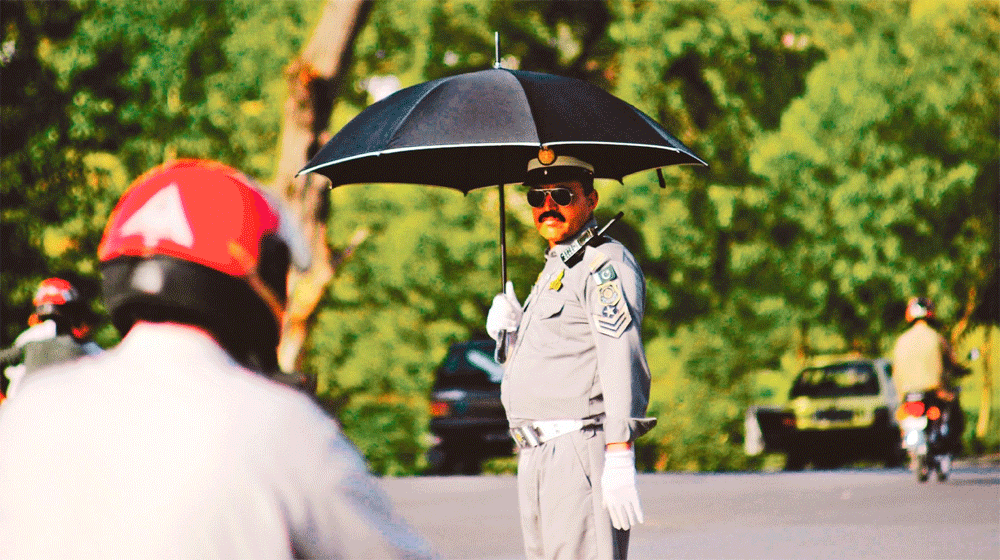 Islamabad Traffic Police (ITP) has formally asked the Ministry of Information for an approval to recruit more than 1,500 personnel.

A letter has been written to the ministry in this regard, in which the department says that they are facing a shortage of staff which is undermining its efficiency to ensure smooth flow of traffic in the federal capital.

Senior Superintendent of Police (Traffic) Farrukh Rashid told the state-owned news agency that the department has requested for an approval to increase in its workforce from 628 to over 2,100.

He said the fresh recruitments were necessary to guard the unmanned intersections of the capital.

Expressing his optimism, he said that the PC-I would get early approval from the authorities concerned, adding that the competent authority had assured to revamp ITP for restoring it to the exemplary force it once was a decade ago.

He said he has previously expressed his concerns about the paucity of staff before the National Assembly and the Senate multiple times.

Mr. Farrukh said the department, when inaugurated in 2005, was equipped with modern technology and was smoothly controlling the traffic flow of the city.

But with the passage of time, the capital territory has seen exponential growth in population and with no increase in ITP’s strength of 685, its performance had declined.

Farrukh Rashid maintained that his department requires more than 2,000 traffic personnel to control the daily load of traffic at 506 points across the city.

“With the current strength, we manage over 286 spots round the clock in two 12-hour-long shifts while 89 points are regulated partially.”

Due to the shortage of staff, some 131 spots, mostly in the rural areas of the city, go unattended, he added.