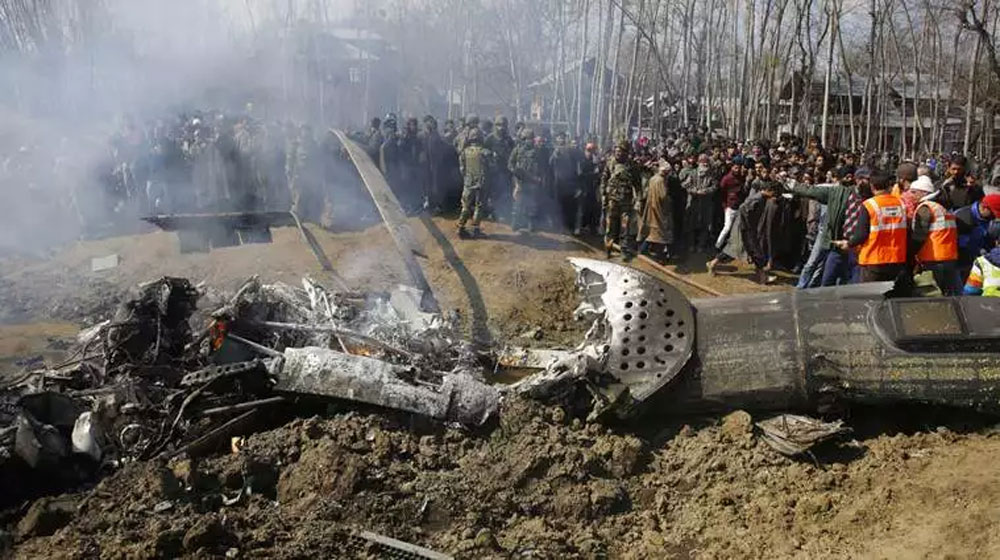 Following the skirmishes on 27th February 2019, IAF and Indian media claimed that wing commander Abhinandhan shot down a PAF F-16. Pakistani Authorities denied all such claims and said they didn’t lose any jets.

Picture of the downed IAF Mig21 Bison’s wreckage has sparked a new debate among the internet community asking questions on whether Wing Commander Abhinandan even got the chance to fire a missile before he was shot down.

Mig 21 Bison typically has 5 hard points. Hard points are also known as a weapon station or places on an airframe that can carry external loads, which in case of fighter aircraft can be missiles, bombs, special pods or External fuel tank (EFT). Usually, the hard point on the belly of the aircraft carries the EFT and the wings carry missiles.

IAFs Mig 21 uses Russian Made R73 and R77 air to air missiles for short and long range respectively. The picture shows the reassembled and rearranges pieces of missiles on board the Mig21 Bison that remained unfired.

The EFT on one of the hard points was also identified clearly in the pictures of the crash site. This has now further weakened the Indian claims that Wing Commander Abhi shot down an F-16 jet before going down in combat.