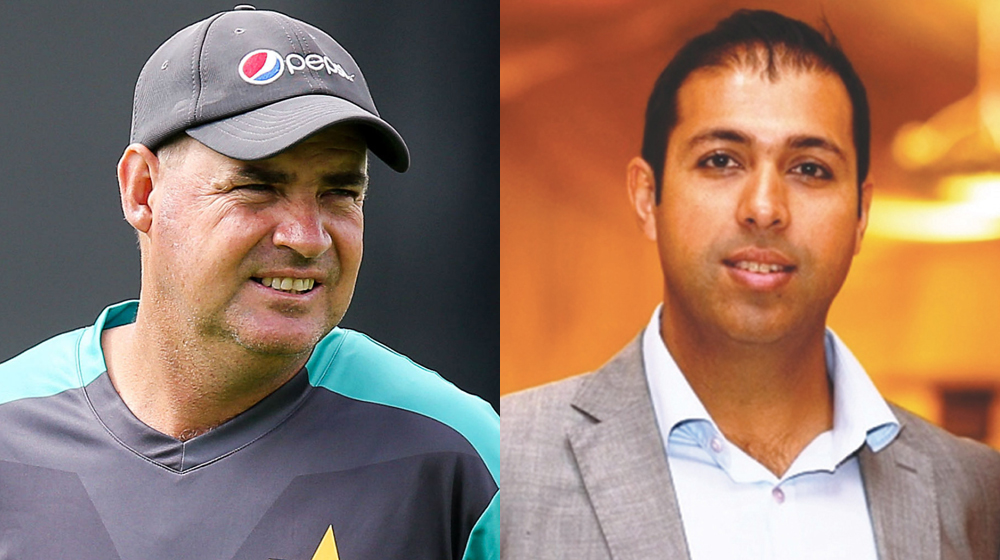 Why is Pakistan cricket team so inconsistent? According to head coach Mickey Arthur, crumbling in crunch situations is down to players’ inability to handle pressure.

Pakistan, termed as the most unpredictable team in the world, is capable of beating the best teams across the globe whilst also reserving disappointment when flying high – irrespective of quality of the opposition.

To curb this problem, the head coach then demanded Pakistan Cricket Board (PCB) for a sports psychologist to help the players overcome pressure situations during the game.

Today, the news has emerged that PCB has roped in a UK-based sports psychologist Taimoor Khan initially on trial basis for 7 days.

PCB has hired a sports psychologist on trial basis. The UK-based Taimoor Khan will work with Pakistan cricket team during the series against Australia. Final decision will be made before the start of the World Cup. pic.twitter.com/FQ8zw5k1yg

Taimoor Khan will travel with the Pakistan cricket team to UAE for the series against Australia. Following the series, PCB will make a final decision whether they want to retain his services or not.

Taimoor has done MBA and MSc in Elite Performance Sports Psychology from School of Sports, Health and Exercise Science at the Bangor University, Gwyned in Wales.

The UK-based Pakistani has already identified a number of issues with Pakistan cricket team. In 2016, after Pakistan’s 39-run loss against Australia at the Gabba, he made some keen observations:

The biggest problem the Pakistan team facing is the soft image of their fast bowlers. Even though they have got pace and skill of fast bowlers, they lack the personality to unsettle the batsmen. I have failed to understand that who has advised Wahab Riaz and Yasir Shah to keep smiling at the opposing batsmen? Because psychologically, smile gives comfort to person you are playing against.

I have noticed when Wahab gets hit for a six, he smiles whereas he should adopt a serious look and express anger at the batsmen. Sadly our bowlers don’t even say anything to the batsmen to break their concentration.

Batsmen psychologically want comfort at the crease and bowlers and fielders need to make sure that they [batsmen] do not settle and find comfort while batting. But by smiling Wahab and Yasir are making opposing batsmen comfortable in the middle.

Cricket these days demands relentlessness and controlled aggression. Batsmen look to settle down when they arrive at the crease. Methods and tactics need to be adopted to unsettle batsmen early on to give bowlers the opportunity to get them out. There are 15 individuals on the field at any given time, including the two umpires. The 11 players of the fielding side need to create an environment on the field which is unfriendly, neither comfortable nor settling.

The body language, controlled verbal attack and face expressions have to be such that gives the two batsmen a very unwelcoming environment. Our senses are receptive to environment which has a massive impact on mind.

On a cricket field environment is created by the fielding team through their energy, approach, aggression, attacking fielding placements and above all fearsome body language

There is no doubt that our cricket team is in dire need of guidance as they tend to choke in crunch situations. Hopeful this will help bring some stability to the Pakistan camp for the World Cup as well.