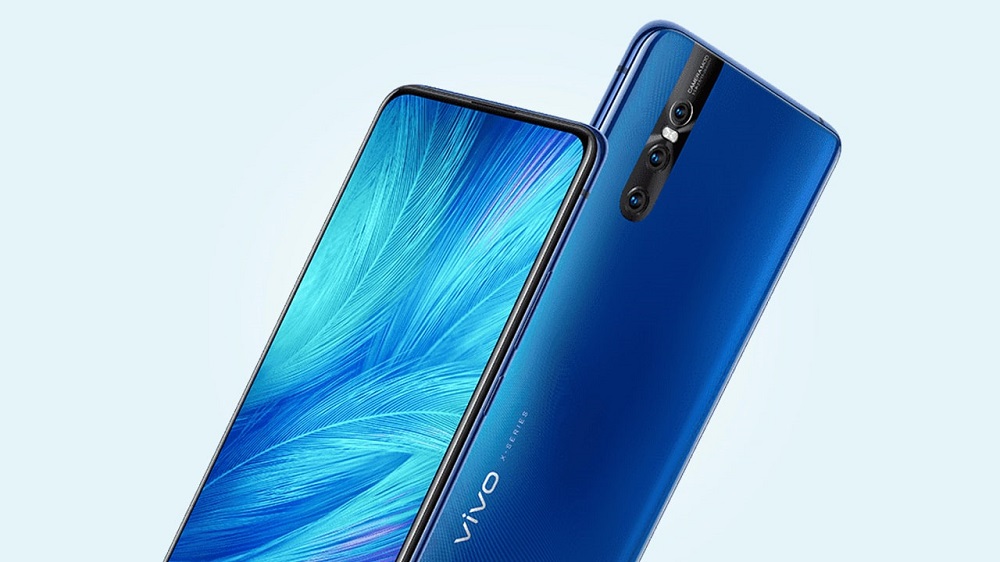 A slight upgrade over the V15 Pro in the processor dept.

Vivo recently announced a new smartphone which looks like a variant of V15 released only a month ago.

The X27 comes with premium features like a 48 MP camera, 8 GB RAM and a pop-up selfie camera as well. The price of this phone is not exactly in the mid-range but it can’t be classified among flagship devices either. 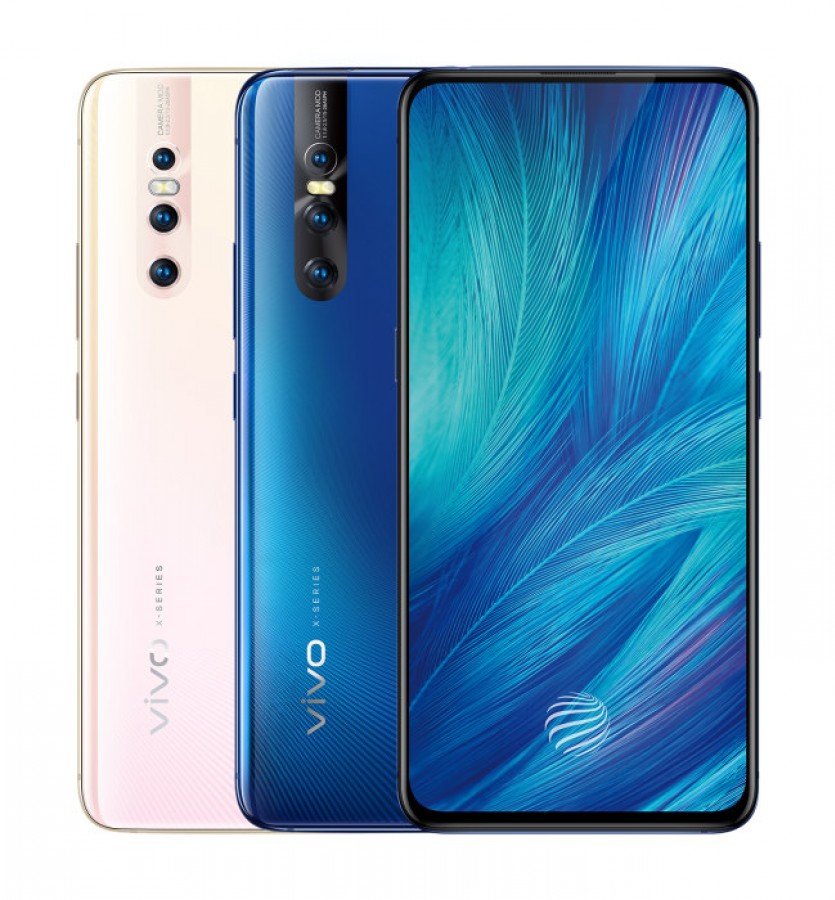 Vivo X27 features a 6.39 inches Super AMOLED display with a 19.5:9 aspect ratio. The back features a glossy finish with a triple sensor camera on the top left. It comes in two colors: blue and pinkish white. The display is completely bezel-less, there is no space occupied by selfie camera in the front either.

The display features a resolution of  Full HD+ (1080 x 2340 pixels) with 403 ppi pixel density. The fingerprint scanner is mounted inside the screen, quite like the V15.

The X27 also features a vapor cooling chamber which enables the phone to run at max performance for longer, without throttling.

The operating system installed in the X27 is Android Pie 9.0 that is topped with Funtouch 9. It has only one storage/RAM variant with an impressive 8 GB RAM and 256 GB in-built memory. The memory can be expanded with a micro SD card.

The rear camera, as well as the selfie camera of this phone, are show stoppers. The rear camera is a triple sensor camera with a 48 Megapixel main sensor, 13 Megapixel secondary sensor and a 5 Megapixel depth sensor.

The selfie camera is a single 16 MP, motorized pop-up sensor. It’s slightly downgraded over the V15 Pro, which has a 32MP camera included in the pop-up module.

The price, however, is towards the upper side. Vivo X2 comes at a price tag of $535. Here is the link to the latest and updated Vivo Mobiles Price in Pakistan.