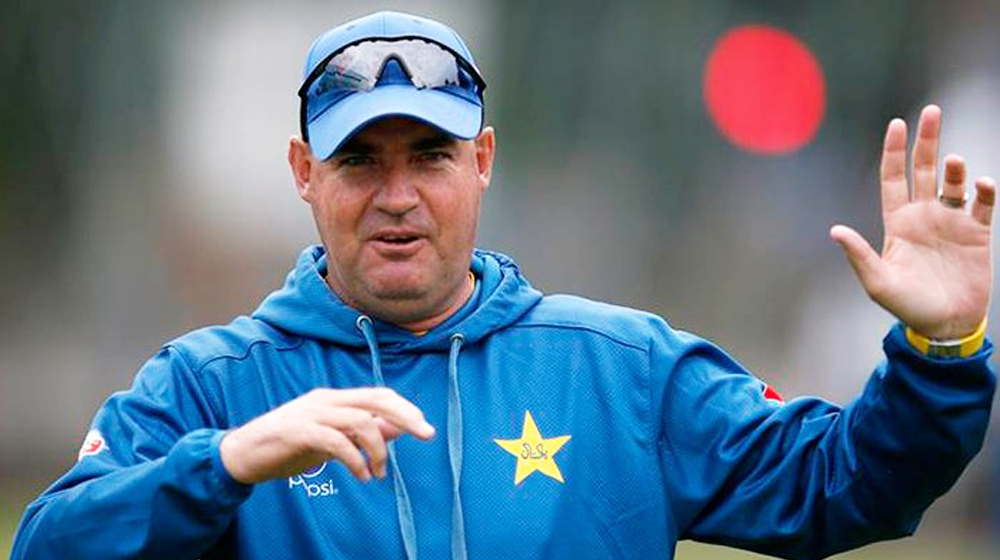 Following the loss in the 2nd one-day international against Australia, the stand-in captain for the series Shoaib Malik said that Pakistan are only testing the strength of the bench for the on-going series.

His words sparked a lot of controversy where likes of Ramiz Raja and Rashid Latif chimed in and demanded a better attitude from the captain of the Pakistan cricket team.

Mickey Arthur, in the press conference ahead of today’s 3rd ODI, clarified the situation and said that Pakistan is indeed testing the strength of the bench but it doesn’t mean the team isn’t worried about the outcome.

Every time we play for Pakistan, we are playing to win. You ask the guys in the dressing room, I am a very bad loser. We hate losing. We are representing a very proud cricket nation and we never want to lose. We are testing our bench strength, but we will never sacrifice our intensity and the will to win.

The head coach appreciated the young players for stepping up in the absence of key players, which are either rested for the series or are out injured.

We are calling this a tour of opportunity as we are trying to build a nucleus of players who are ready to come in when our front line players are out-of-form or injured.

The attitude to the guys that we have around here has been incredible. These guys will become very, very good cricketers. The other guys [who have been rested for this series] have been in a tough system for two years. These guys are only making their way like Mohammad Hasnain, Abid Ali, Saad Ali. Shan and Mohammad Rizwan have been in and out of our one-day side. Umar Akmal is back.

Mickey Arthur also praised how Umar Akmal has made a comeback. However, he said that Umar needs to be wary of the upcoming fitness test which is scheduled for April 14.

Discipline-wise definitely [he has been better now]. I can’t sit here and fault him. He has done very well since he has been in this environment. He knows what the standards of this environment are and what is required of him to secure a berth [in the side] going forward. I can’t fault his attitude and the way he has returned.

He has to do work a bit more work on his fitness like the other new players that have come in. To be eligible to go to the World Cup, he needs to pass the fitness test that we have in Lahore on April 14.

Lastly, Arthur said that he too is worried about Mohammad Amir’s form. He claimed that no one is more concerned about it than Amir himself which is why he is putting in efforts day and night to reach the same level at which he was before.

Amir’s form is a worry and nobody is more worried than Amir. I still think he is an incredibly skilled bowler and has all the attributes to be successful. He has got a big match temperament and we will see how we use him going forward.