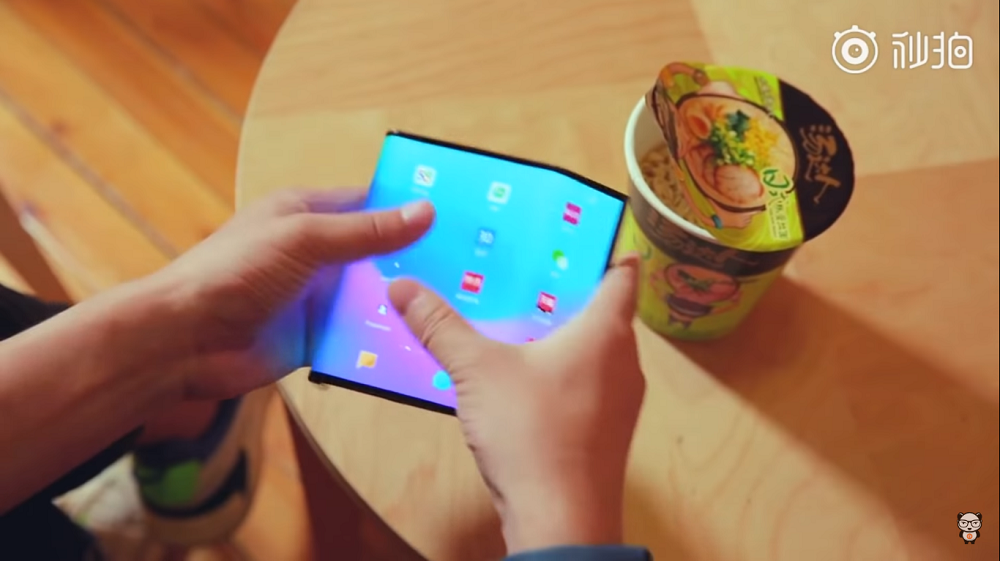 Here’s another look at the Xiaomi-made foldable phone.

Xiaomi’s foldable phone is next in line after Huawei and Samsung revealed the Mate X and Galaxy Fold respectively at the MWC 2019. We haven’t received an official release date or heard about an announcement, but we do have a new teaser for you.

Xiaomi’s foldable phone might just be more popular as the price is going to be half of what Samsung Galaxy Fold goes for.

Earlier this week, Xiaomi released a new teaser of its foldable phone which has piqued everyone’s interest exponentially.

No information related to the hardware, software etc. has been released, it just shows, the ease of use and convenience the phone will feature.


The video shows a very casual kind of atmosphere, where the user is using Xiaomi’s foldable phone to surf through social media and there is a cup of instant noodles beside him.

Where we cannot find the symbology behind the instant cup noodles, it is clear that Xiaomi wants to show the size of the folded version relative to a commonly used object.

From the video, it is clear that the phone will fold from two sides and appears to be quite easy to fold. Based on previous leaks and teasers, we know the phone will be available anywhere in between April and July and will cost $999. It will feature an OLED display and will be powered by a Qualcomm Snapdragon 855 with 10 GB RAM.