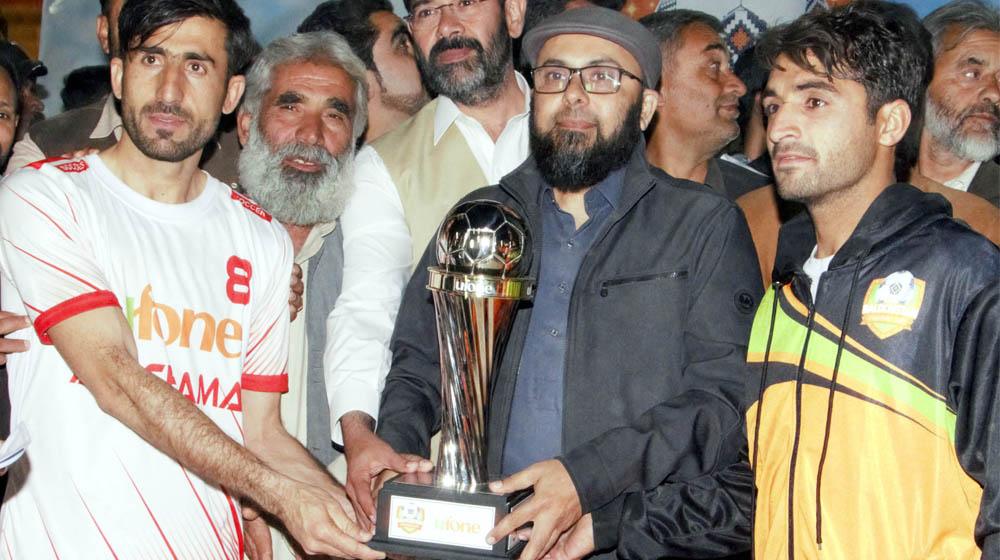 Afghan FC Chaman was crowned the champion of the Ufone Balochistan Football Cup’s 3rd edition at the Mali Bagh Football Stadium in Quetta which was packed with a mammoth crowd. The Afghan FC Chaman faced Jallawan FC Khuzdar for the title decider. Both teams emerged as the strongest out of 48 that participated in the tournament.

Naimatullah from Chaman’s team scored an early goal during the 19th minute through a corner, putting the team in a leading position. The Khuzdar team started attacking Chaman’s goal post but could not breach the strong defense line. Fazal Muhammad from Khuzdar struck a header in the 28th minute but Chaman’s goal-keeper Hameedullah made a thrilling save. Cham won another corner in the 32nd minute when Khuzdar’s goal-keeper Saleem made a diving save. 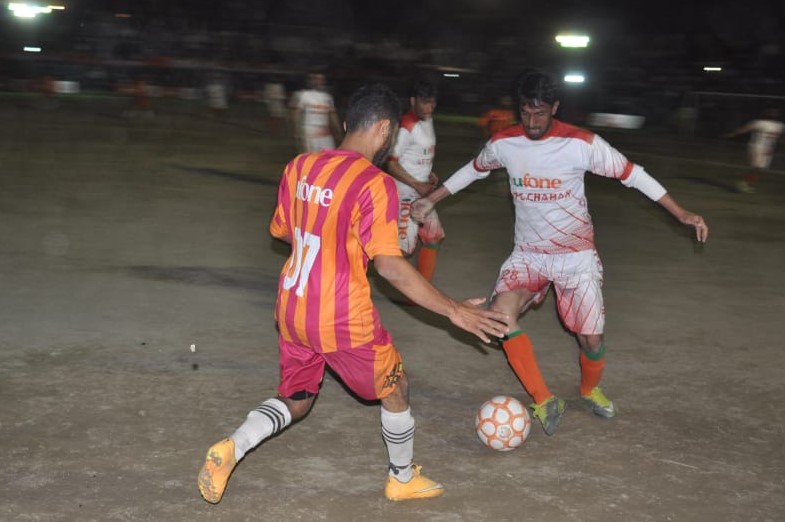 During the half-time Quetta based singer and musician Izhaar Ali performed the championship’s official anthem ‘Jeet Ke Dikha Do’ and received huge applause from the crowd.

In the second half, Chaman won a free-kick during the 46th minute but was not successful in scoring. Abdur Rahim from Chaman struck in an attacking move during the 51st minute, putting his team in a stable position. Chaman dominated the game from here on, with Naimatullah striking a header in the 56th minute but missing. Khuzadar’s Fazal Muhammad did win a corner in the 63rd minute but the forwards lacked the coordination to score.

Jallawan FC Khuzdar was disordered and lacked coordination on the field. On the other hand, Afghan FC clearly dominated the game by displaying excellent coordination as a unit and put its opponents at the defensive and registered a convincing 2-0 victory.

We have enjoyed playing this season and all the team mates have worked very hard to get to this stage. We are very happy with our performance and look forward to the next season.

Speaking on the occasion, the President of Balochistan Football Association Quetta Muhammad Asghar Kasi said that he was very happy to see the level of talent the youth displayed during the tournament:

The level of arrangements, especially the games being played under lights and live broadcast, speaks volumes about Ufone’s commitment to developing football in the province, and I would like to congratulate them for a highly successful tournament this year.

The championship was organized with the aim of developing and promoting football which is the favourite sport of Balochistan’s youth. Ufone believes this commitment will help promote football in the province and prove to be a great platform for emerging young players to learn and display their footballing skills. The initiative shows Ufone’s commitment to the people of Balochistan, which enunciates with the company’s tagline: “It’s all about U.”