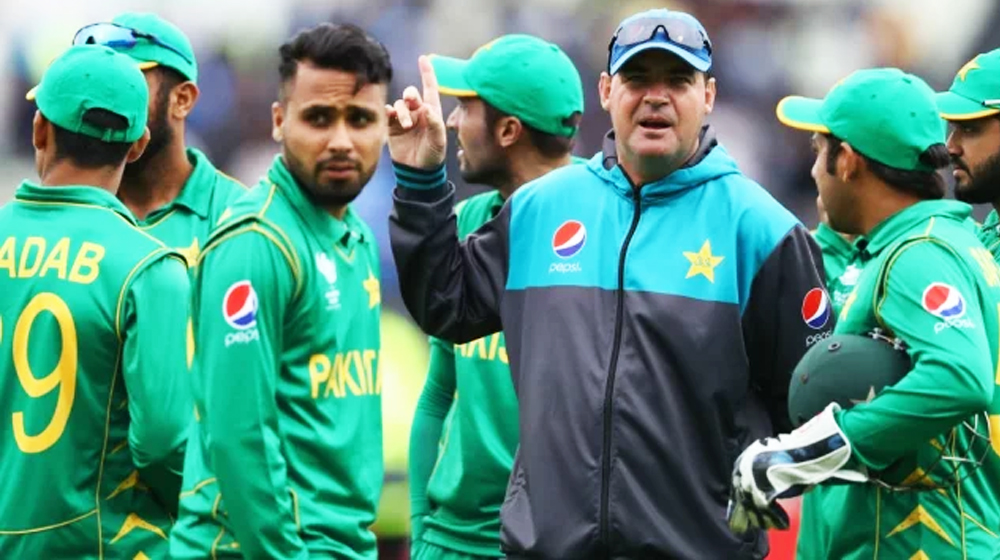 After a disappointing one-day international series against Australia, the Pakistan Cricket Board (PCB) is now focused entirely on ICC World Cup 2019.

The squad for the upcoming mega-event is yet to be finalized and the fitness test for the World Cup is around the corner on — 14th April.

Likes of Ahmed Shehzad, Mohammad Hasnain and Wahab Riaz all eagerly await the final squad announcement. However, that would mean that prominent names such as Mohammad Amir will have to make room.

The competition for each place is as tough as it can be. Keeping recent form in mind, here is the squad that should be selected for the upcoming World Cup:

The first-choice wicket-keeper and skipper, Sarfraz Ahmed, is the first name on the list. The only question mark that hangs over Sarfraz is his fitness. Mickey Arthur has emphasized that all players must clear their fitness test in order to be selected.

During the recent ODI series against Australia, Mohammad Rizwan showcased his ability to bat under pressure and impressed the selectors. He had been knocking on the doors for a while and with a backup keeper required, Rizwan made the case for his selection even stronger with 2 centuries against Australia in recent series.

Pakistan require an explosive start to their innings and Fakhar Zaman is the right choice for that at the top of the order. His aggressive batting style helped Pakistan in the final of the ICC Champions Trophy against India. With the World Cup 2019 also being held in England, Zaman becomes an automatic selection as the opener as he is well suited to the batting conditions.

With the weight of the world on his shoulders, Imam justified his selection and became the 2nd fastest player to 1,ooo ODI runs. His performances in PSL 4 were also a talking point and convinced everyone about his form. He played crucial knocks for Peshawar Zalmi which saw his team reach the final of the tournament.

With his debut century against Australia, Abid Ali is likely to be selected ahead of Shan Masood and Ahmed Shehzad as a back-up option to Imam and Fakhar. Aged 31 years, Abid has plenty of experience and solid domestic performances to justify his selection for the upcoming World Cup.

The backbone of Pakistan’s middle-order, Babar Azam has enjoyed great success in recent times. However, this is where he needs to step up and make a mark on the international stage. Whilst he is compared to India’s Virat Kohli and England’s Joe Root, Babar still has a long way to go.

One of the most experienced candidates in the Pakistani dugout, Malik is playing his last World Cup for Pakistan. Despite his deteriorating one-day international form, Malik’s inclusion in the squad is a certainty because he brings a lot of experience to the table. Moreover, he is an excellent fielder and can be a handy bowler in certain conditions.

Crippled by injuries, Haris Sohail was largely a spectator in recent times. However, his return in the recent series against Australia was exactly what he needed to impress the selectors. He showed great composure and fitness throughout the series which reflected in his two centuries.

The Pakistan team lacks a quality finisher and Asif Ali possesses the ability to excel in that role, as evident from his performances in PSL 4. Although he largely remains untested in the ODI format, his selection can provide the x-factor the Pakistan squad lacks.

Note: His bowling statistics do not reflect his true potential. In the 2018 season, he picked up 11 wickets in 6 matches at an average of 9.81.

Growing in confidence with each game, Shadab has managed to secure a permanent spot in the Pakistan cricket team. He remains the only leg-spinner in the team as Yasir Shah is unlikely to be selected.

Coming down in the batting order and scoring quick runs is Imad Wasim’s best trait. He has scored important runs at important times for Pakistan. In 41-50 overs in ODIs, Imad averages 230.00 as he has amassed 230 runs from just 156 deliveries. Furthermore, he has also been dismissed only once in death overs. He will be a key asset for Pakistan with the ball as well.

Time and time again Hasan Ali has delivered for Pakistan at the big stage. He struggled in recent ODIs but found his rhythm once again in PSL’s fourth edition. He was consistently clocking 140kph and looked extremely sharp in the field. He remains the strongest contender to lead the bowling unit for 2019 World Cup.

Only 19, Shaheen Afridi has dealt with all the hurdles of international cricket in style. On England pitches, Afridi will get a lot of bounce and seam. His selection is a no-brainer as he is the future of the cricket team.

Mostly utilized as a reserve bowler, it is time that Mickey Arthur and co. unleash Junaid Khan. Whenever his name has been called upon, the left-arm pacer has performed and English conditions are going to suit his style of bowling. Junaid also boasts huge amounts of experience in the English conditions as the fast bowler has been a part of England’s domestic leagues. With Mohammad Amir’s deteriorating form, Junaid should be the likely candidate to replace him.

First player to get to 50 PSL wickets, Wahab Riaz has been dominating Pakistan’s domestic league since the first edition. He has improved tremendously since being dropped from the international side and is looking to make a comeback. In case of any injuries, Wahab might be the first choice for the selectors.

Note: No recent stats of Wahab Riaz in one-day internationals.