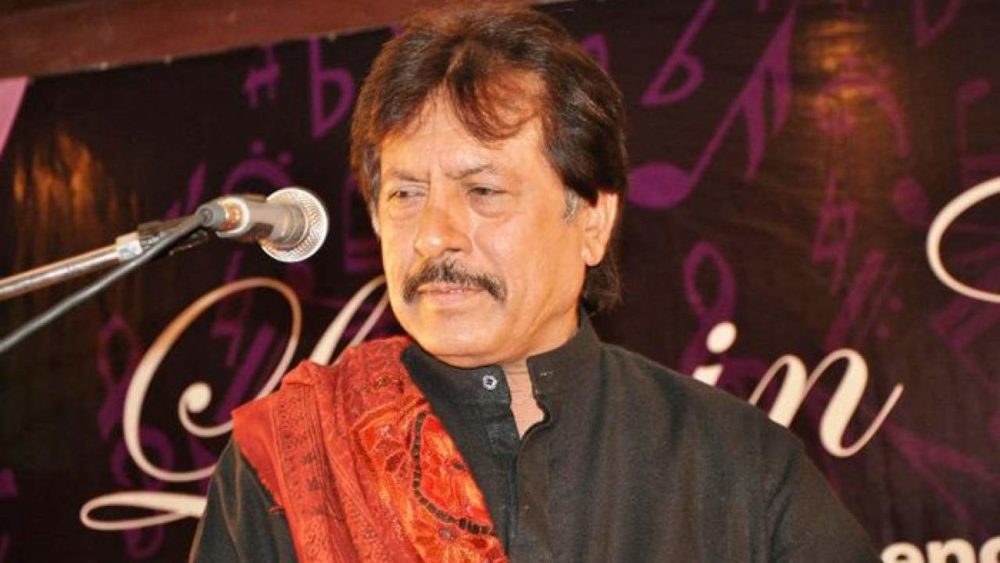 The authorities have arrested a man for spreading fake rumors of the death of legendary classical singer Ataullah Esakhelvi on the social media.

A resident of Retra Taunsa Sharif, he was arrested by police for spreading false news but was later released after the singer himself excused the perpetrator.

Attaullah’s secretary has also confirmed that he was in good shape and there is nothing to worry about.

The legendary singer, in a Facebook video, thanked all his fans who prayed for his health. He informed that he has recovered from the illness and has returned home after the recovery.

Attaullah said that he wasn’t able to stand on his feet when he was being conferred with ‘Sitara-e-Imtiaz’ but now he can not only walk but can sing and perform.

Addressing his UAE fans, the singer asked them to be ready for his show in Abu Dhabi on April 13.

Esakhelvi concluded with a special thanks to fans who prayed for him in Mecca and Medinah.

Attaullah also forgave the ones running the rumor mill on social media.