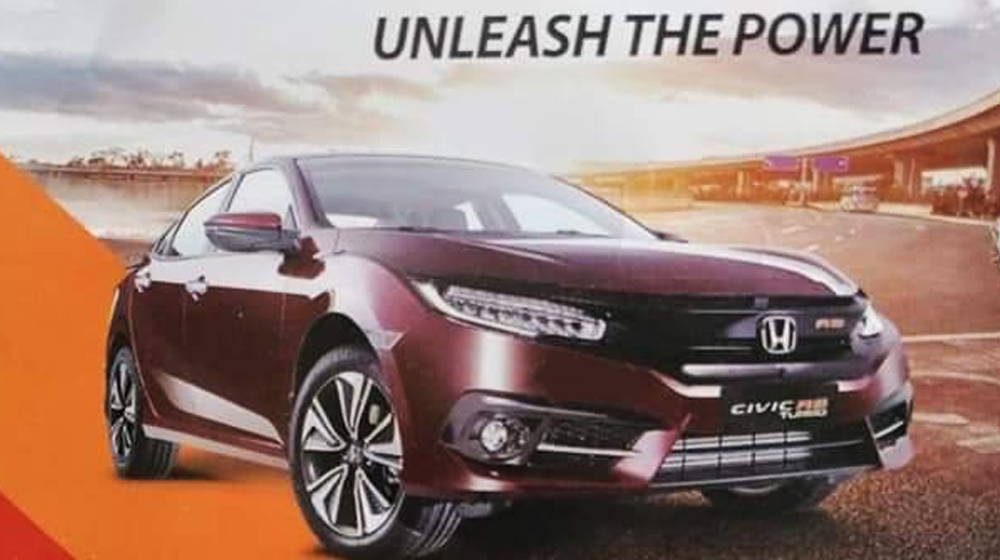 The rumors regarding a new facelift for the Honda Civic 1.8 i-VTEC Oriel have now been confirmed after Honda Atlas launched the new look at a ceremony held at Royal Palm, Lahore today. This comes hot on the heels of a social media campaign with promotions captioned “Better Buckle Up” to drive the frenzy amongst the customers.

Earlier this month, there was a teaser image and video with the caption, “Better Buckle Up!” posted on the Honda Atlas Facebook page. Since the promo featured a picture of lights, it was presumed that the 1.8L variant will have LED headlights. 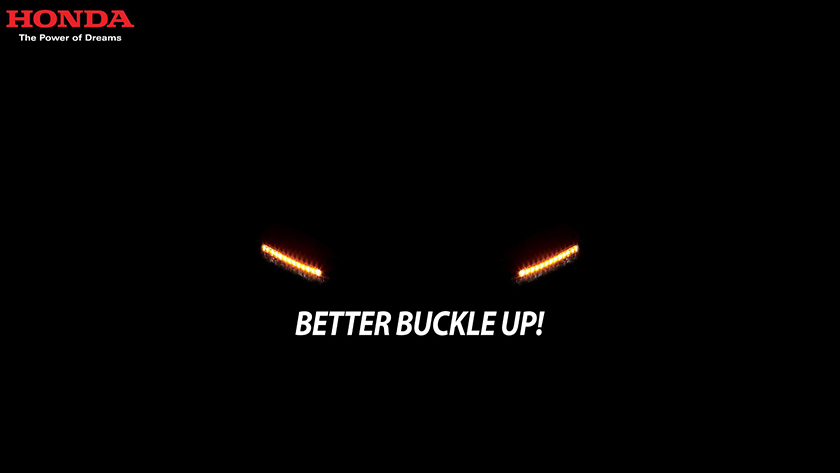 All the Civic variants are getting tweaked due to the new modifications with cruise control for the Honda Civic 1.8 i-VTEC CVT, whilst the other two Civic sedans, Honda Civic Turbo and the 1.8 i-VTEC Oriel, are already equipped with it. The feature allows the car to control its speed as set by the driver.

The second variant, Honda Civic 1.8 i-VTEC Oriel is getting a facelift with the manufacturer hoping to add chrome to the bumpers, and a black back strip and around fog lights.

Alongside the LED headlights, fog lights, and indicators, another addition could be a Shark Fin Antenna. Chances are that there will be a carpet in the boot roof of the Honda Civic Oriel. While the alloy rims will remain unchanged in terms of the size (16 inches), there could be a design change in the facelift model.

The color scheme of the interior might be changed with black seats having red stitching. The Honda Civic 1.8 i-VTEC Oriel might also feature a trunk cover.

Reportedly, there will be a new Engine Control Monitor (ECM) for the Honda Civic Turbo 1.5 VTEC CVT variant and apart from that we might see some changes in the exterior and interior, including a monogram with RS on front and rear, LED headlights and fog lights as well as chrome strip on both the bumpers, and Shark Fin Antenna. 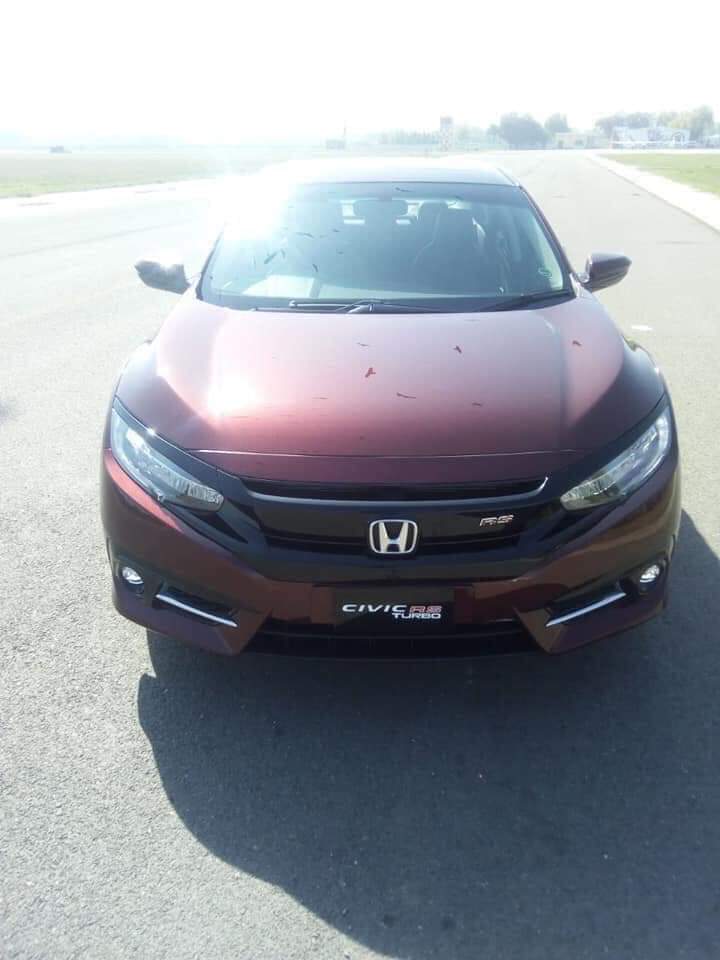 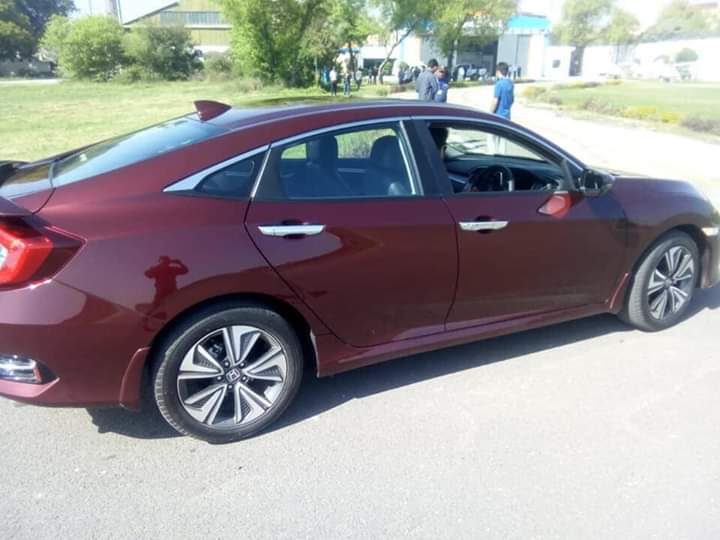 This variant will see a slight increase in the alloy wheels with new ones at 17 inches and a trunk cover. 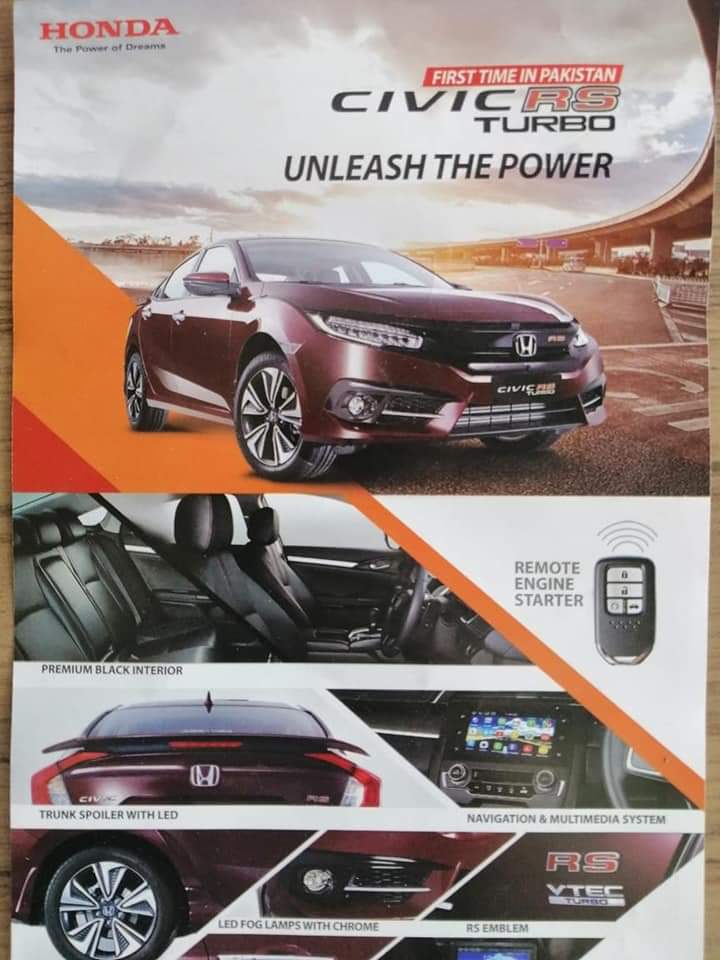 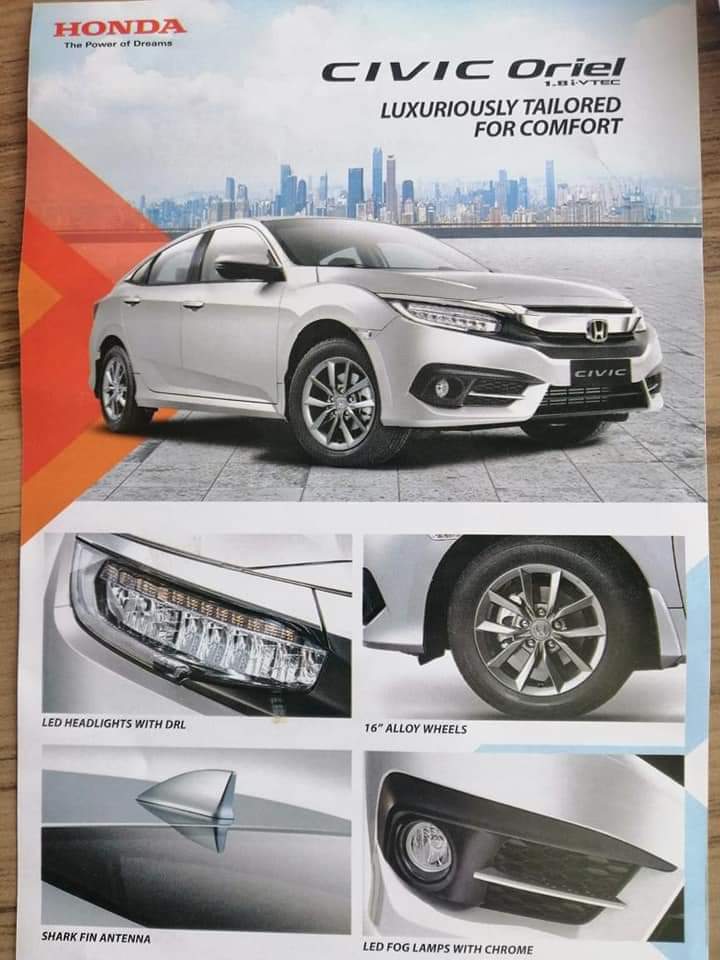