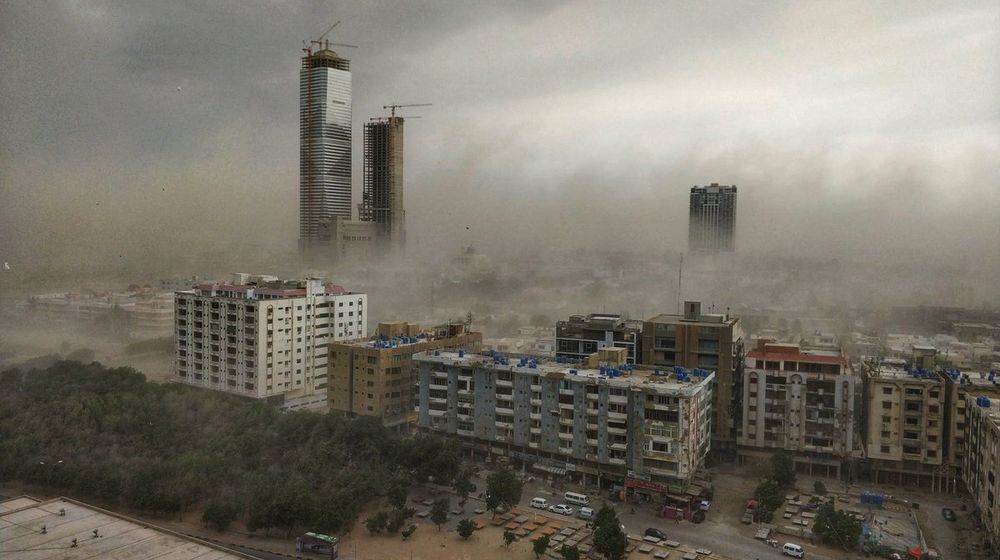 A thunderstorm accompanied by gusty winds in Karachi has taken 5 lives while injuring 36 others on Monday.

Rescue teams are helping those affected due to falling trees and roof collapses in different areas of Karachi. The deceased include two children; one from a falling tree and another when the roof of a house collapsed in Haji Ibrahim Goth.

Traffic blockages and road accidents are rampant in Karachi as five passenger buses, a truck and a police mobile got flipped over due to the blustery winds.

Edhi Foundation volunteers, Levies, Rescue 1122 and Police are busy clearing the streets and shifting the injured to the nearby hospitals.

According to the Pakistan Meteorological Department (PMD), other parts of Sindh are also prone to similar weather and the authorities are cautioning the citizens to stay safe in the next two days.

The Met Office has attributed the weather pattern to a westerly wave disturbing the central and southern parts of the country, It will hit the upper areas during the next 18-24 hours.