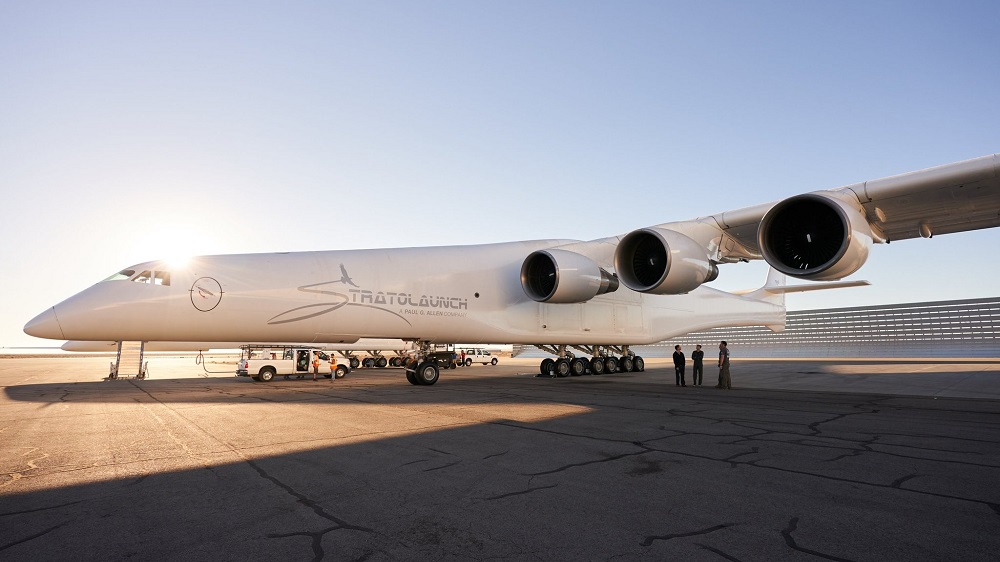 By Hassaan Ahmad and Jehangir Nasir

Stratolaunch has become the largest aircraft in history to complete its first test flight on Saturday. Stratolaunch has a wingspan of 385 feet and weighs 220 tons. It has two fuselages and 28 wheels and is powered by six Boeing 747 engines. The aircraft took off for its first flight from Mojave Desert, California.

The aircraft is so big its wingspan is longer than a football field, or about 1.5 times that of an Airbus A380. 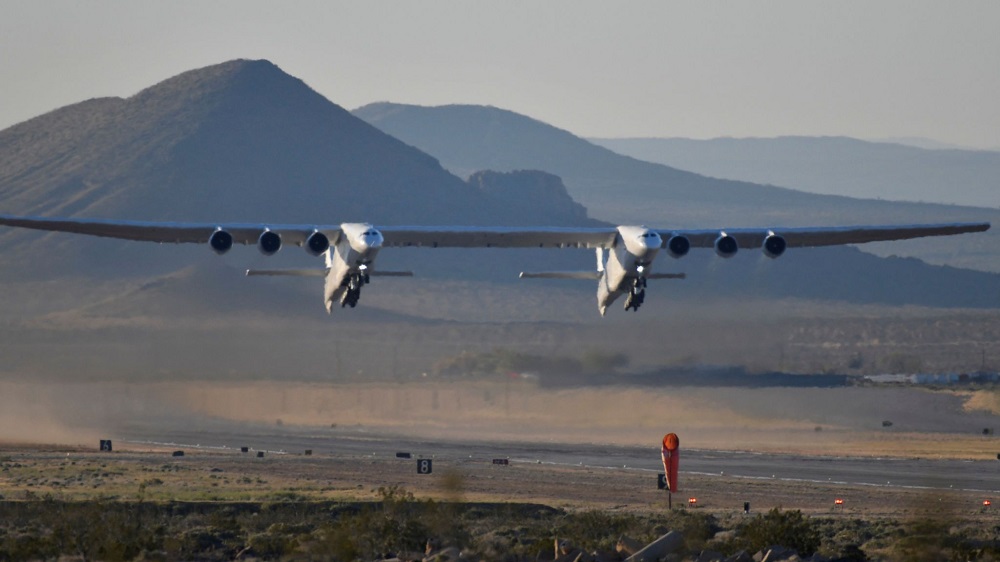 The aircraft is manufactured by an American company called Stratolaunch Systems Corporation. The project was first announced in 2011 by Microsoft co-founder Paul G. Allen and Scaled Composites founder Burt Rutan. The two joined hands previously in the successful development of SpaceShipOne.

“What a fantastic first flight,” said Jean Floyd, CEO of Stratolaunch. “Today’s flight furthers our mission to provide a flexible alternative to ground-launched systems,” he added.

The plane flew for about two and a half hours, the company said.

This uniquely designed aircraft is developed for the purpose of launching satellites and space traveling. The carrier aircraft will fly the satellite payload to an altitude of 10km (35,000 feet) and launch them into low earth orbits. This method can have significant advantages over ground-launched systems especially in terms of cost, mass, and thrust.

The carrier aircraft will also be able to launch space shuttles in the future and other aircraft similar to SpaceShipOne with high-speed sub-orbital spaceflight capability for space tourism.