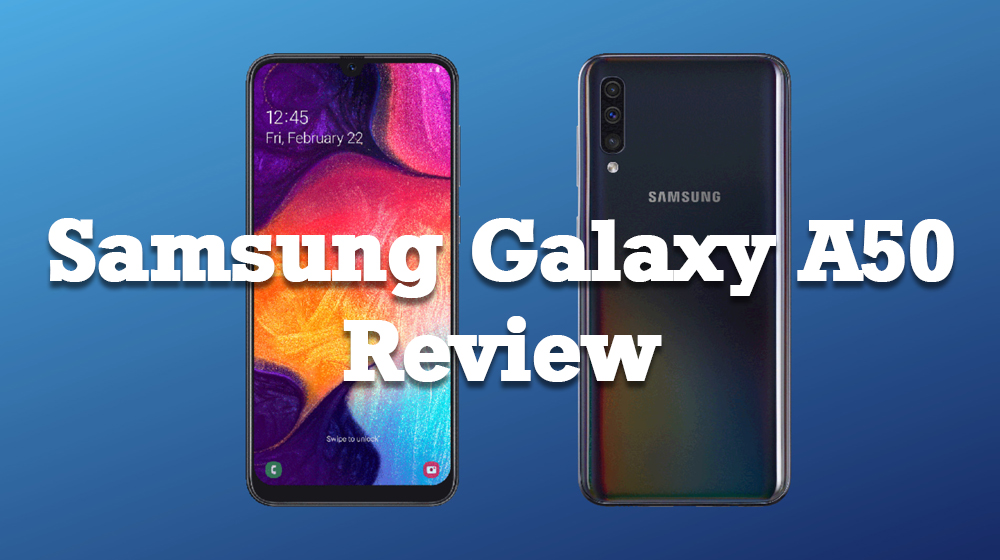 What is a mid-range phone? Something that doesn’t cost much and offers semi-decent specifications? Or a high-performance phone that’s cheap due to one reason or another?

Over the years, the line between high-end and mid-range phones has blurred with some phones packing flagship grade photography chops at a mid-range price.

Samsung’s new A-series phones got a major revamp in 2019, getting a whole bunch of phones for every price range. But do they match up against the growing competition of Chinese mid-rangers? Today we’re looking at the Galaxy A50, which fits the term “mid-range beast” perfectly.

Here’s what we think about the A50:

Samsung is known for making the best displays on the market, and it shows with the Galaxy A50. The display looks life-like with punchy colors that look pleasing to the eye. It’s the best kind of AMOLED display you can get at this price. Most mid-rangers don’t even come close to this level. Watching videos is a treat on this large 6.4-inch 1080p+ display.

That said, it doesn’t quite compete with flagship-grade displays out there. The A50 won’t be beating the likes of iPhone XS/XR or Samsung’s S10 series. Still, it’s the best display you can get on a mid-range phone right now.

Design-wise we think that the curved edges are a waste of screen space, as it could be used for edge shortcuts or something more useful.

The back looks a lot like gradient designs we’ve seen from other phone makers, with changing colors when viewed from different angles. Other than that, it looks kind of plain with nothing outlandish or intriguing on the back of the phone – especially the white review unit we got from Samsung Pakistan.

The audio quality of the Galaxy A50 was good, with the speakers getting pretty loud if need be. The audio can be tweaked with the Adapt Sound feature, allowing you to fine-tune your experience depending on your age and ears.

The Separate app sound feature is also pretty handy especially if you use your phone for music while driving.

Despite being a midranger, the Galaxy A50 brings an underscreen fingerprint scanner. While we hoped to see an ultrasonic scanner like the Galaxy S10, Samsung chose to keep it exclusive to its flagship range and went with an optical one.

While we know that optical fingerprint scanners are slow, we never expected it to be this slow on the A50. Taking over 2-3 seconds to unlock from a locked screen is pretty bad. And to make matters worse, Samsung chose a very small surface area for print detection which makes unlocking on first try pretty hard and its been pretty hit or miss while we reviewed the device.

You can double tap to wake the screen, but the scanner still takes over 1.5 seconds to unlock.

To be honest, the fingerprint scanner’s software felt pretty unfinished and we hope Samsung can improve this with a future update.

Samsung used an Exynos 9610 in the Galaxy A50. Simply going by the specs, we expected performance equivalent to the Snapdragon 660 or 670 and that’s pretty much what our device delivered. It scored well on benchmarks and there were very few lags if any during normal use.

Even the 4GB RAM variant (the one we got) proved to be more than enough for all types of use. Android can’t really make the best use of RAM over 4GB so it doesn’t matter that we got the strangely specced 4GB/128GB variant – we’re more used to seeing 6GB of RAM with 128GB phones.

While a UFS storage would have helped, we’re probably pushing it expecting UFS over EMMC storage in a midrange device.

In terms of software and OS, One UI takes a completely different take from what we’ve seen from Samsung before. The goods and the bads are the same as the Samsung Galaxy S10 which include useful features, better one-handed use but an unpolished and unfinished interface.

Swiping from the top is pretty hard when not on the homescreen (you get a swipe down from anywhere to pull down notifications gesture). More often than not, single-handed use was out of the question which is pretty sad but that’s where most of the mobile industry is headed.

One more thing worth pointing out is the wasted screen space on most of the apps. While Samsung might think it makes one-handed use possible, their implementation is pretty bad but since its the first iteration of One UI we expect things to improve from here on.

Overall, the phone delivered what was expected from it and that’s a positive considering Samsung’s bad history with Touchwiz UI and Grace UX.

With a dedicated gaming mode, Samsung is now taking mobile gaming much more seriously than before. The gaming mode disables notifications, reduces the display resolution and shuts down background tasks to ensure maximum resources for the ongoing games.

When we played popular graphics-intensive games like PUBG, Asphalt and Mario, we weren’t let down and the device ran all these games at high settings at decent frame rates. We would say we’re pretty happy with the gaming dept on this device.

And if you’re wondering if the notch gets in the way of gaming, you’d be happy to know that’s not the case. When you launch a game, the notch is hidden and you feel like you’re playing on a 6.1-inch phone with equal-sized bezels on both sides of the phone.

One more thing worth mentioning is that the phone does get quite hot from the top when gaming and long gaming sessions might slow down the device as well.

The Galaxy A50 brings a triple rear camera setup which includes a 25MP main camera accompanied by an 8MP ultra-wide sensor and a 5MP depth sensor for Portrait mode.

While the numbers were great or even flagship worthy, the performance was at mid-range level. The 25MP sensor is great in good lighting and offers a lot of detail but its quality drops quickly as the light level drops. Colours are very saturated and unreal but that’s how most people like it, so we won’t complain.

The 8MP ultra-wide camera is a great addition to a midrange phone and the feature is pretty helpful outdoors especially when making videos or trying to group in more people. However, doesn’t expect to make any videos in anything but perfect lighting with this camera. Other than that, it works as advertised.

Finally, portrait mode photos come out great thanks to the depth sensor but you do see the limitations when trying to implement the effect on anything with pointy ends like curly hair.

The 25MP selfie camera is pretty similar and camera quality -only slightly less detail – is the same as the front main camera with similar cons.

With a 4,000 mAh battery and a decent processor, we expected the A50 to last long but it proved us wrong!

It actually lasted longer, longer than what we expected and longer than its flagship brethren the Galaxy S10+ and that’s quite an achievement. The A50 lasted over 9 hours in benchmark test which included video playback, photo editing and web browsing.

In terms on real-life usage, we got about 7-9 hours of screen on time on heavy single day usage. However, poor standby time meant the phone didn’t last more than 2-2.5 days with light usage of about 2-3 hours.

Thanks to the built-in Dark Mode, you can push the battery life even further and touch the 10-hour screen time mark with heavy usage.

During our time with the phone, we got just one update which was supposed to improve fingerprint scanner performance. Unfortunately, it didn’t do much and only improved performance occasionally and that too by a half a second at most. One more thing worth mentioning is that updates take a lot of time even though this is a modern phone with Android Pie.

Samsung Galaxy A50 is a very decent midranger for the price of Rs. 52,000 (at the time of writing). The One UI improvements, great battery life, good screen and amazing gaming performance make it the perfect buy for you if you want any of these things. However, do consider the camera performance limitations in low light, the fingerprint scanner issues and the fact that this is the first edition of One UI.

Overall, we’d say we’re pretty satisfied with how the Galaxy A50 performed and should offer some very good competition to most phone makers that offer devices in this price range.