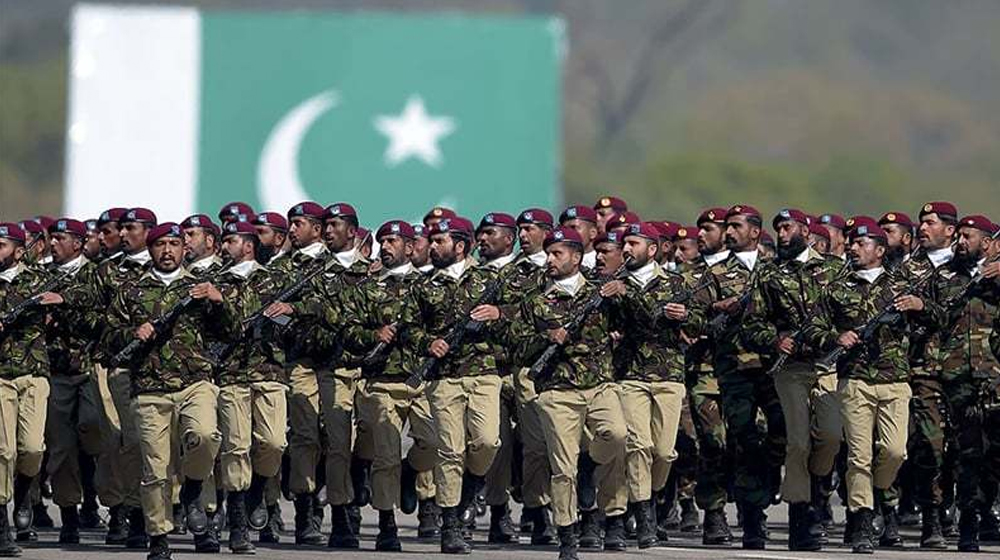 Pakistan remained the 20th biggest military spender in the world in 2018 with an expenditure of $11.4 billion. A report by the Stockholm International Peace Research Institute (SIPRI) has revealed that the country’s military expenditure constituted four percent of its Gross Domestic Product (GDP).

According to the SIPRI report, Pakistan is barely among the top 10 countries having the highest ‘military burden’, which is characterized as a ‘state’s military expenditure as a share of GDP’. Despite all this, Pakistan’s military is among the strongest in the world.

As for the other countries, the US remained the top military spender in the world with $649 billion in 2018. However, the country’s military expenditure has decreased by 17 percent in the last 10 years.

The second major military spender is China with $250 billion. Then comes Saudi Arabia with $67.6 billion in spendings. India is the 4th largest military spender with $66.5 billion, followed by France which spent $63.8 billion on its forces.

The report states that India’s military spending increased by 3.1 percent between 2017-2018 in the backdrop of tensions and rivalry with Pakistan and China.

However, India’s military burden was the lowest since the 1960s, making up for only 2.4 percent of its GDP. The full SIPRI report can be viewed here.