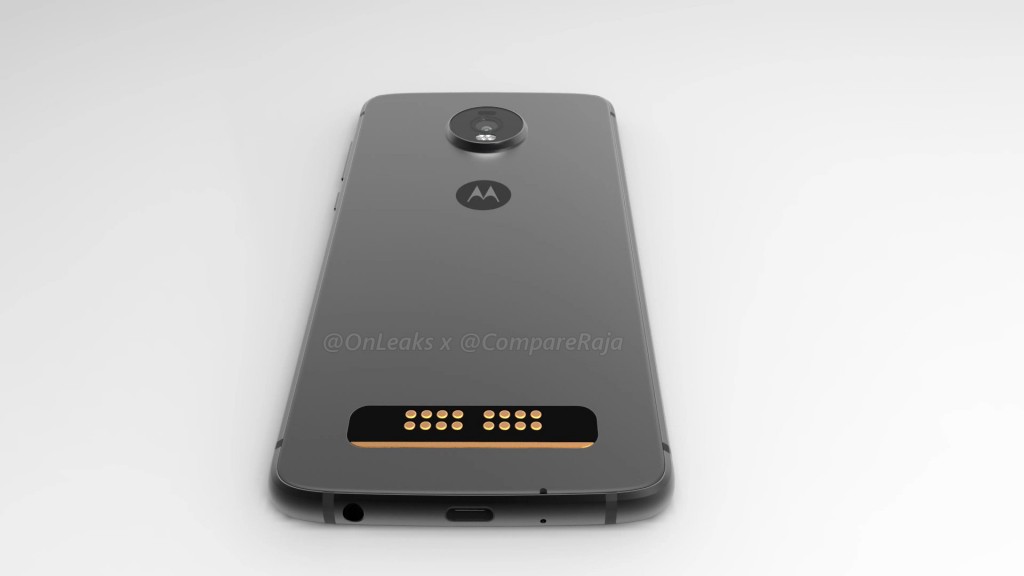 Back in March, we got our first look at the Lenovo Moto Z4 which only showed the front and back of the phone, but thanks to a new leak, we’re getting a better look at the upcoming phone.

A leaked image posted on Twitter by Evan Blass shows more of what’s going on with the Moto Z4.

Lenovo is staying true to its standard Moto phone design with the Moto Z4, while at the same time adapting to recent trends with a tiny waterdrop notch at the top and thin bezels along the sides. The dotted bottom at the back shows that the Z4 is going to have the Moto mods too.

There is no fingerprint sensor seen anywhere on the phone so hopefully, we will get an in-display one similar to the Z4 Play. Overall, the phone is pretty identical to the Moto Z4 play in terms of appearance.

The screen meanwhile is 6.4 inches big and features an OLED panel. There are no details on the screen resolution yet but a full HD display is expected.

The internal specifications are a lot similar to the Z4 Play as well. It will probably get the same Snapdragon 675 chipset and 6 gigs of RAM with a battery capacity of 3600mAh. Fortunately, the 18W TurboCharge is still there. There are no details on storage but we can expect something around 64 or 128 gigs.

The rear camera is a single 48MP shooter and in the front, we have a 25MP selfie snapper on the Z4 which is an upgrade from what we saw on the Z4 play. It is likely that you will be able to record full HD videos at 30FPS with the primary camera like the Z4 play.

While there’s no word yet on the pricing, Lenovo claims that the price will be half as that of a flagship phone so it is reasonable to assume that we’re going to see a price of around $400.