Not an “interesting” name at all.

Do you remember the Redmi flagship that was rumored to be called ‘Redmi X’? Finally! After a long wait, Redmi’s General Manager Lu Weibing has confirmed the name. The smartphone will be called K20, with the K being “Killer”. 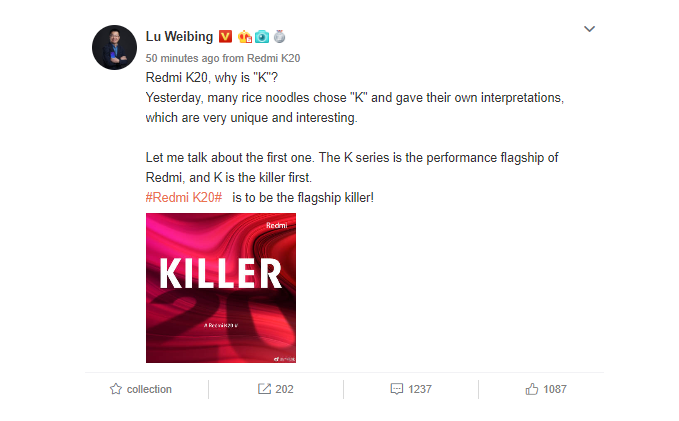 Redmi believes the phone will be a smartphone killer, hence the name. If I recall correctly, A few weeks back, Lu Weibing gave a statement on the Chinese microblogging site where he cleared out that the flagship will not be called ‘Redmi X’ rather its name will be much more ‘interesting’ and this seems anything but interesting.

Before Weibing took to Weibo for the announcement, rumors had stated that the smartphone will be called K20 or K20 pro. The leak was confirmed after Weibing’s little announcement. 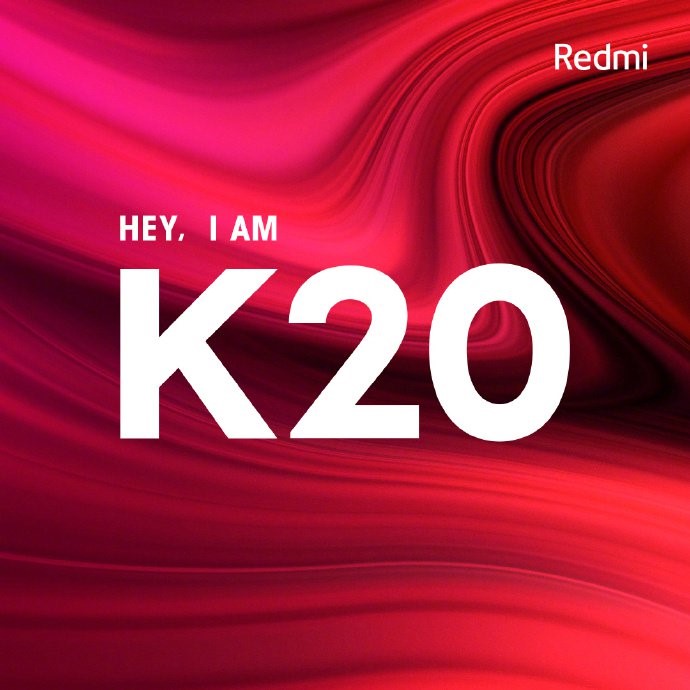 The general manager has not revealed the launch date of the ‘flagship killer’ yet but we believe it will be launched in China at the end of this month.

There are plenty of rumors circulating around Redmi K20 and K20 Pro at the moment. K20 Pro is expected to arrive with a 6.39-inch display, a rear fingerprint sensor, a triple sensor rear camera with 48 MP main sensor, a 20 MP selfie camera and a 4000 mAh battery that will support 27W fast charging.

K20 Pro will be most probably powered by Snapdragon 855 and the regular K20 will be powered by the Snapdragon 730. The phones are expected to be available in a number of RAM/storage variants with 6/8 GB RAM and 64/128/256 GB built-in memory options.