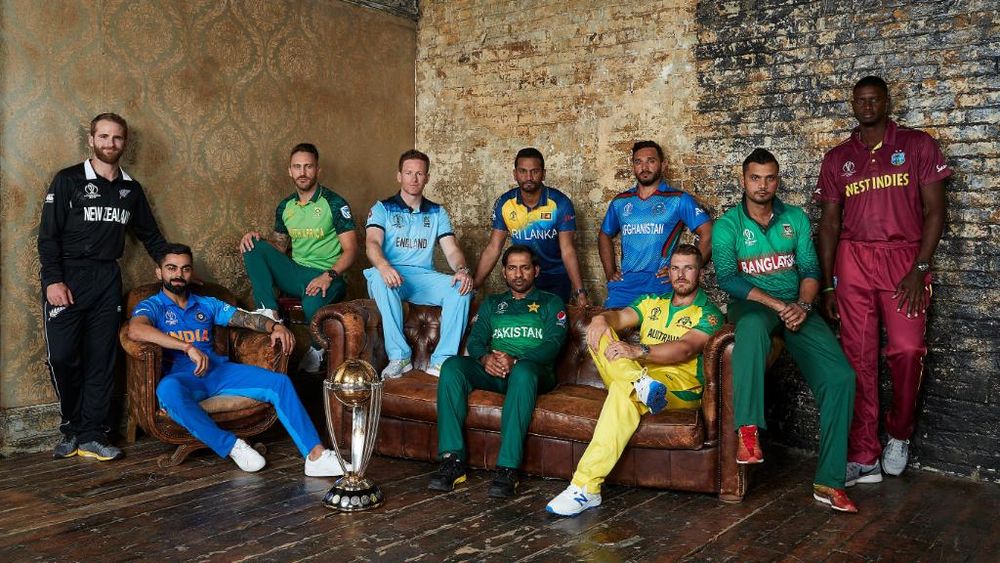 The captains of all the participating nations addressed the International Cricket Council (ICC) 2019 World Cup pre-tournament press conference. The conference was held at the Film Shed, London on Thursday.

Pakistan’s skipper Sarfaraz Ahmed was one of the captains who took center stage to discuss things about the national team.

In addition to the discussions, each captain was asked about which players from the other team would they want in their own teams and here’s how they responded:

“It is an honour to lead the Pakistan side in a prestigious tournament like the World Cup. We are ready and hopeful to perform well in the mega event.”

“Playing a quality side like England before the World cup has been ideal preparation for us. Even though we lost the series, we learned a lot of things which will help us in the World Cup.”

“After the series with England, we realized we would need pacers that can bowl above 140 kph, thus, we included Wahab Riaz in the squad, as he is experienced and can bowl with pace.”

“All of us are very excited to be here and it is an honour and a privilege to lead your country in the World Cup. Pressure will play a huge part as the tournament progress, due to which scoring 260 runs in a pressure game will be equivalent to scoring 350 in a normal one-day international (ODI).”

“The match against Pakistan is always highly anticipated by the fans, however, we look at it as just another match. Once you enter the field, you leave everything behind and look to execute your plans. We try to play every game with equal intensity and are not just focused on one game.”

The Indian captain also shed light on the Indo-Pak controversy and responded to a reporter’s question on why Indian players did not play against Pakistan in their respective countries.

“It’s not a question for me to answer. I believe the cricket boards can give you that answer. We (Sarfaraz Ahmed and myself) don’t hold the authority to speak about these things in press conferences,” said Kohli.

When asked about his personal opinion on the matter, the Indian skipper was quick to sidestep the question.

“My opinions don’t matter,” he said.

“We are very excited for the World Cup and want it to start tomorrow. We feel we are entering the tournament as one of the best-prepared sides.”

“Pakistan is an unpredictable team that has done particularly well in England in 2017 Champions Trophy. Thus, playing high scoring encounters with them just before the World Cup was a challenge which prepared us well for the mega event.”

Player From Other Team: No one.

“England is definitely entering the tournament as one of the favorites. We are expecting high scoring games as we have been at the receiving end of them in recent years in England.”

“It is important to not get bogged down if you lose some games early in the tournament. The format of this tournament allows you to make a comeback with the best team likely to end up as the winners.”

“It is a long tournament, so it will be important to manage your bowling resources adequately. We have bowler’s that can prove to be the x-factor for us. Hence, we have to keep them motivated even if they get hammered in some games.”

“It was ideal to get some warm-up games against Australia in New Zealand ahead of the World Cup, as our team hasn’t played together for a long time.”

“We are not looking too far ahead, and are focused on our first few games. It is important to not take any team lightly as every team in the tournament is a quality side.”

Player From Other Team: No one.

“We are confident and can beat any team on the day. It will be crucial to get off to a good start in the tournament and carry that momentum.”

“Cricket is the biggest sport in Afghanistan and people are excited to watch us play in the World Cup. Cricket gives hope and unites our country that has gone through a lot in recent times.”

Player From Other Team: He said that it will depend on the conditions.

“The games are expected to be high scoring so we have to keep our bowling attack fresh and prepared for these games.”