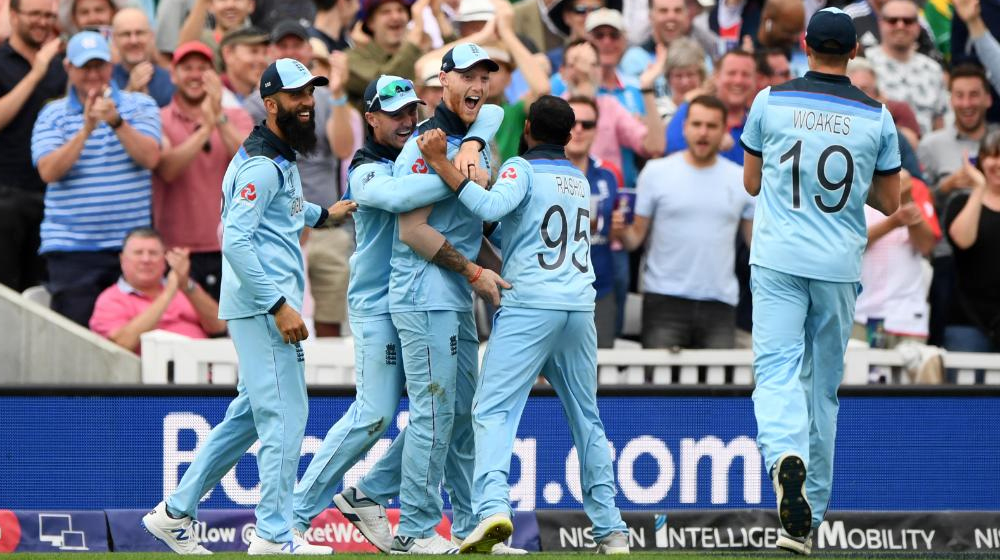 The opening game of the ICC World Cup between England and South Africa proved to be a one-sided affair after a dominating performance from the hosts.

South Africa won the toss and elected to field first, hoping to restrict Joe Root and his companions to a low total. The decision, however, did not pan out well.

England got off to the worst start possible as Jonny Bairstow lost his wicket on the very first ball he faced off Imran Tahir. His opening partner, Jason Roy, and Joe Root then built a solid partnership to stable the innings.

Roy and Root both reached to their half-centuries before being dismissed by Phelukwayo and Rabada respectively.

Struggling once again at 111-3, England saw heroic innings from the skipper and Ben Stokes who scored 57 and 89 runs respectively.

The South African bowlers found it difficult and looked out of sorts but eventually found quick breakthroughs after dismissing Morgan and Stokes.

Lungi Ndidi finished with 3 wickets whereas Imran Tahir and Kagiso Rabada both picked a couple of wickets each from their 10 overs.

England managed to put up 311 runs on the board at a loss of 8 wickets from 50 overs.

England named Jofra Archer in their World Cup squad and it has proved a very fruitful decision. The young bowler, who bowls at regularly bowls at 90kph, got the breakthrough in his first spell.

The young pacer sent Markram and the skipper Faf du Plessis back to pavilion which left Africa struggling at 44/2. In addition to that, his quick pace proved too much for Hashim Amla who got a blow on his head and went off the pitch with a concussion.

Quinton de Kock and van der Dussen provided some resistance as they scored 68 and 50 runs respectively.

Ben Stokes, after running out Pretorius, caught probably one of the greatest catches in the World Cup history – which encapsulated England’s performance on the day: simply brilliant.

Jofra was the pick of the bowlers as he took 3 wickets from his 7 overs, giving away only 27 runs. Plunkett picked up a brace whereas the spinners Rashid and Moeen Ali both picked up 1 wicket each along with the man of the match Ben Stokes.