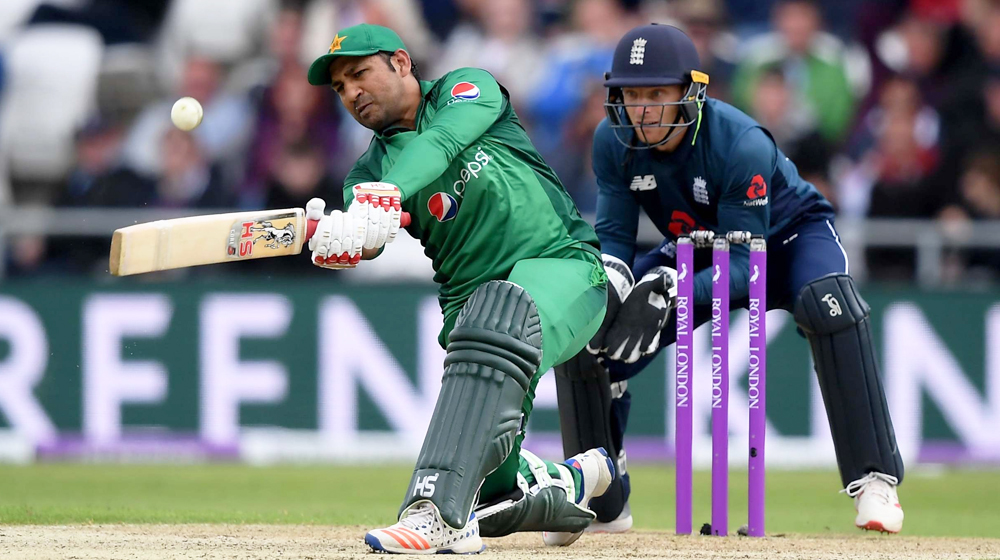 Following an abysmal run and losing 11 one-day internationals on the trot, Pakistan are looking to secure a vital victory against England today.

Both teams will be facing each other in their second match of the ICC Cricket World Cup campaign at Trent Bridge.

The match is scheduled to begin at 2:30 pm (Pakistan Standard Time).

It will be cooler with sunny spells in between on Monday. However, there are chances of rain later in the evening. There will be 81% humidity in the atmosphere, according to the weather reports.

The venue for the game is renowned for being the batsman’s paradise as the hosts have twice set the highest score in the one-day internationals at Trent Bridge. Coincidentally, the first one came against Pakistan in 2016 where England managed 444-3 whereas the second one came last year and the English batsman blasted 481-6.

The Greens started their campaign against West Indies, which ended in a catastrophic manner for the national team. The Pakistan batting line-up suffered yet another collapse and Pakistan only managed to put 105 runs on the board.

Pakistan faced a lot of difficulty dealing with the short-pitched deliveries; something which won’t bother Pakistan batsmen, according to Azhar Mehmood who spoke to the media ahead of the clash against England.

Pakistan currently sits at the bottom on the points table with -5.802 net run-rate.

The hosts began their World Cup journey in splendid fashion with a win over South Africa. The English team has been labeled as one of the favorites to win the tournament, which is a true testament to their ability to win any game.

England, like Pakistan, have only played one game thus far. The first game saw the Englishmen post a high total of 311 from their 50 overs against South Africa. The bowlers then restricted the Proteas to just 207 runs.

According to media reports, Shoaib Malik and Asif Ali will both make a return to the first-team. Both players will be replacing Haris Sohail and Imad Wasim respectively.

The reports also suggest that the skipper Sarfaraz Ahmed, head coach Mickey Arthur and chief selector Inzamam-ul-Haq have all had discussions regarding their different selection choices.

Sarfaraz Ahmed floated the idea to include Asif Ali in their first match against West Indies but was shot down by Inzamam whereas Mickey Arthur had a different outlook towards the team selection altogether.

These internal issues might actually be the reason why Pakistan team looks fragile and unprepared. However, today is crucial for Pakistan and they will have to step up and put all the politics aside.

The English team has an abundance of talent and options on the bench. The team which faced off against South Africa and produced a competent performance in the opening match.

The latest reports suggest that England will indeed field an unchanged XI. However, there was some discussion regarding Jos Butler’s questionable performance behind the stumps as fumbled a catch and let a few runs go by behind the wicket.

If the reports are true and Asif Ali is indeed in today’s Pakistan side then he is one candidate who can rattle the opposition with his aggressive batting display. Alongside him, on a true batting pitch such as Trent Bridge, England need to be wary of Imam-ul-Haq and Babar Azam’s ability to play pure cricketing shots and remain at the crease for extended periods of time.

Taking Pakistan’s poor bowling display into account along with England’s ability to hit the ball across the park at will, Pakistan needs to contain the opening pair of Jason Roy and Jonny Bairstow. Ben Stokes has announced himself on the biggest stage in the game against South Africa – he is another candidate to look out for. Jofra Archer, who gave Pakistan plenty of problems in the ODI series prior to the World Cup, will also be looking to do some serious damage this game.

Eoin Morgan reveals his side’s preference at the toss:

It’s well known we enjoy chasing. We don’t mind setting either but we do enjoy chasing. There is a small advantage to it, knowing what you’re trying to get.