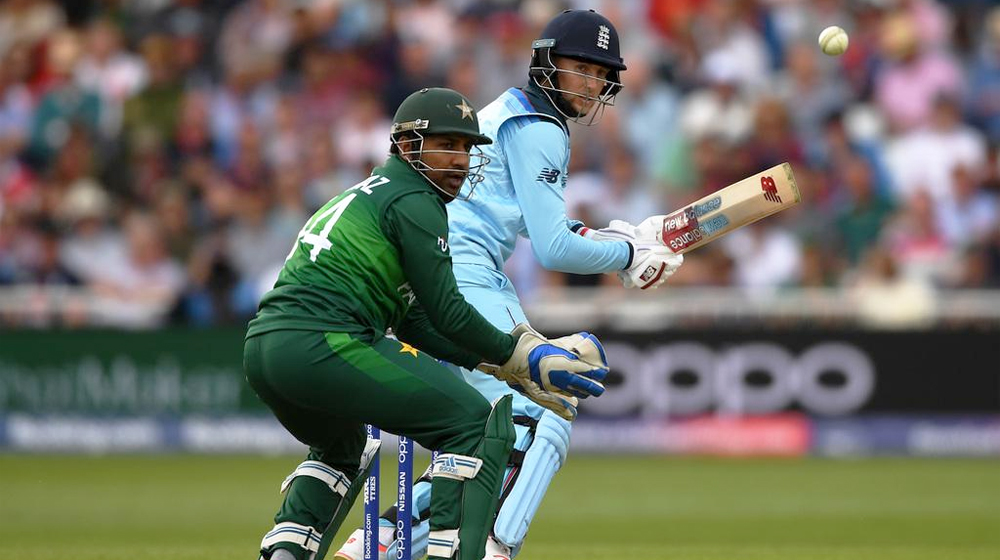 The Pakistan cricket team captain Sarfaraz Ahmed and his teammates have been fined by the International Cricket Council (ICC) for slow over-rate during their victory over England at Trent Bridge on Monday.

This news was broken by an ICC official, who revealed that Pakistan were one over short during the allocated time.

Pakistan Captain Sarfaraz Ahmed was fined 20% of his match fee whilst his teammates were fined 10% each following a minor over-rate breach after Pakistan was ruled to be one over short of its target after time allowances were taken into consideration.

However, Pakistan were not the only one who were found guilty of slowing down the game. The English captain Eoin Morgan also faces possible suspension as his side was three over shy of the required rate.

In addition to the slow over-rate, England players Jason Roy and Jofra Archer have been fined for violating ICC’s code of conduct during the game against Pakistan.

The England opener used foul language, which was clearly heard by the umpires after he misfielded in the 14th over during the Pakistan innings.

Jason Roy was found to have breached Article 2.3 ICC Code of Conduct for Players and Player Support Personnel, which relates to using audible obscenities in an international match. In addition to the 15% fine, one demerit point has been added to Roy’s disciplinary record.

Jofra Archer, on the other hand, has been fined for obvious dissent after the umpire signaled a close wide call.

Archer was found to have breached Article 2.8 of the ICC Code of Conduct for Players and Player Support Personnel, which relates to showing dissent at an umpire’s decision.

In addition to the fine imposed on the fast-bowler, one demerit point has also been added to the disciplinary record of Archer.