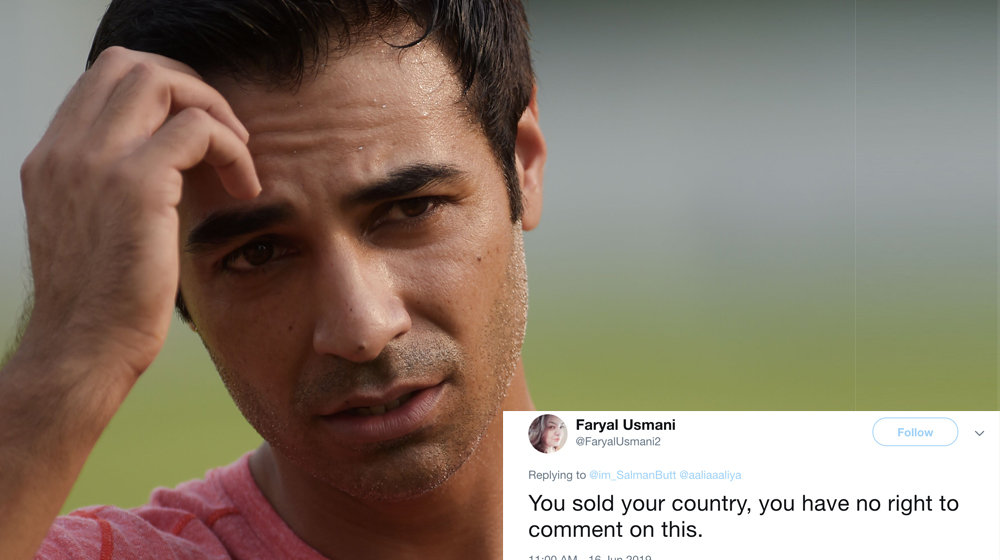 Former Pakistan captain and convicted spot-fixer Salman Butt got served by the social media after he tweeted against the team management following the defeat to India.

The left-handed opener said that Pakistan cricket team is incapable of learning and growing, instead, they are keen on Yo-Yo tests and maintaining fitness for no apparent reason.

Already hurt, Pakistan supporters did not appreciate the words of Salman Butt and unleashed fury upon him. Here are some of the reactions from Twitter.

When you try to take moral high ground:

Hitting where it hurts:

Hope sarfraz and co don’t betray their nation by spot fixing. That would be the last thing we’d expect after such disappointment in this tournament. Right ?

The meme of the moment:

Blocked for speaking the truth?

He blocked me.
Such pasand nhe Aya pic.twitter.com/6cbfK6Ovum

What's the rate of fixing these days?

Sorry to say @im_SalmanButt , you are the main culprit for such destruction of Pakistan 🇵🇰 Cricket Team. You really let the Pak team down when he was at its peak as we got captain (you ) for all the three formats for long time along with two brilliant bowlers#Fixing

Someone had to say it:

Annoyed by the responses, Salman Butt bitterly responded with: