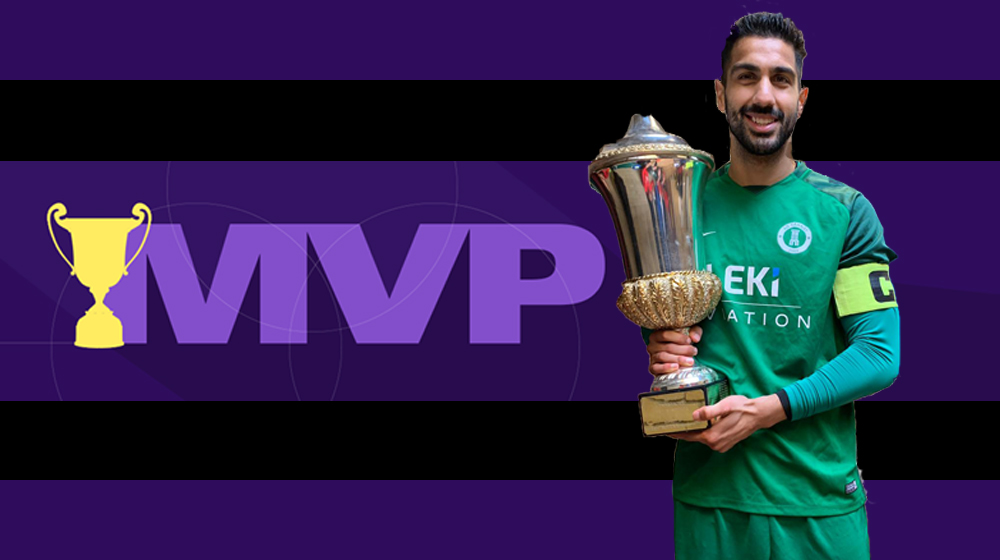 Pakistan national team goalkeeper Yousuf Butt has won the most valuable player (MVP) award at his club in Denmark.

The 6.62 feet tall goalie has been praised for his unique style and quick reflexes throughout the last season with his Danish club called AB Taarnby, which earned him the reputable award.

Speaking exclusively to ProPakistani, Yousuf Butt said that he has always prioritized his career with Pakistan:

We are in Denmark Series and I could have played at a higher level, but stayed at 3rd Division stayed so that I could travel whenever I was needed for the national team.

Yousuf claimed that the first half of the 2018/19 season was extremely tough for him. He further explained:

The first part of the season 18/19 was chaotic as we were away to Bahrain for 3 weeks then 2 weeks for SAFF and then 1 week for Palestine. Missed many games, but for the National Team you have to be willing to make sacrifices.

Despite a hectic schedule, Yousuf managed to pull himself together and deliver some remarkable performances.

The entire season I have been very strong and persistent in my performance, which helped me save a lot of goals for my team. I also had the most amount of saves in the SAFF Cup when compared to other keepers.

Talking about his future plans, Yousuf claimed that he would love to play for an Asian club and it remains to be seen what the future has in store for him.

At the moment I am in Denmark and representing Taarnby. However, I would love to go to Asia and play there. We will see if any offer is on the table as I am in the prime age for a goalkeeper; as they say, 32-35 they say is the best age for a keeper so I am getting there.

Butt has represented various clubs in Denmark and this is not the first time he has been recognized as an outstanding performer. When he joined BK Glostrup Albertslund, he immediately established himself as the number one goalkeeper and became the club captain. He won MVP award with the club in 2011 as well.