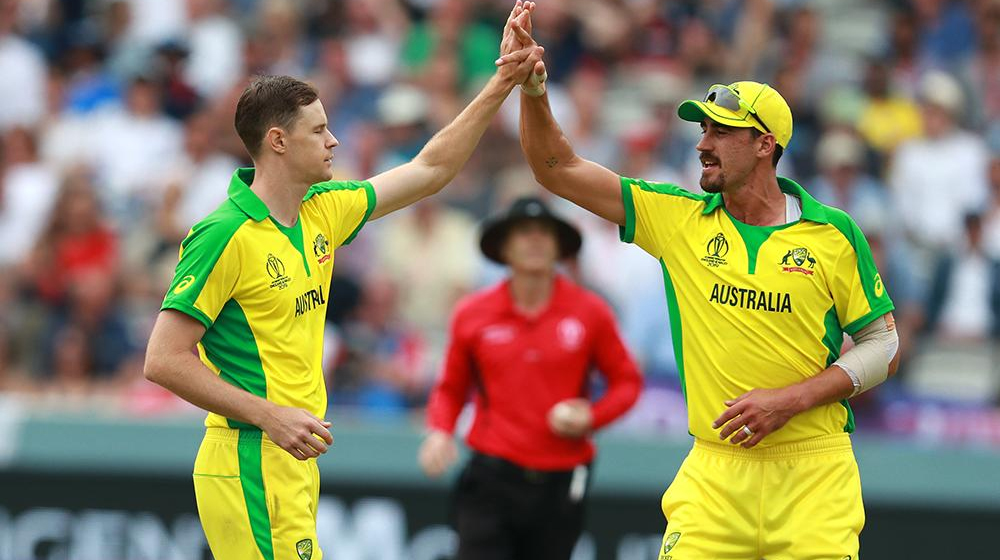 Australia has confirmed the qualification for the semifinals after a dominating performance against England on Tuesday courtesy a five-wicket haul by Jason Behrendorff.

Batting first, Australia set a target of 285-7. The captain Aaron Finch played yet another crucial knock and completed his century to help Australia reach a competitive total.

In return, England found it difficult against a fiery Starc and Behrendorff, who both made it difficult for English batsmen to score runs off them. Both bowlers picked up 9 wickets together.

In previous 11 encounters between both countries, the Aussies had only won once and lost on 10 occasions. This was a crucial game and Australia stepped up and had England struggling at 26-3.

Ben Stokes was the only positive thing for England today who put up a great fight and managed 89 runs before being clean bowled by Starc.

After Stokes’ dismissal, all hope was lost for England despite having a deep batting line-up as Starc and Behrendorff were both bowling extremely well.

Australia becomes the first country to qualify for the semifinals. The Aussies have played 7 games and lost only one game thus far, they currently sit on 1st position with 12 points with a net run-rate of 0.906.