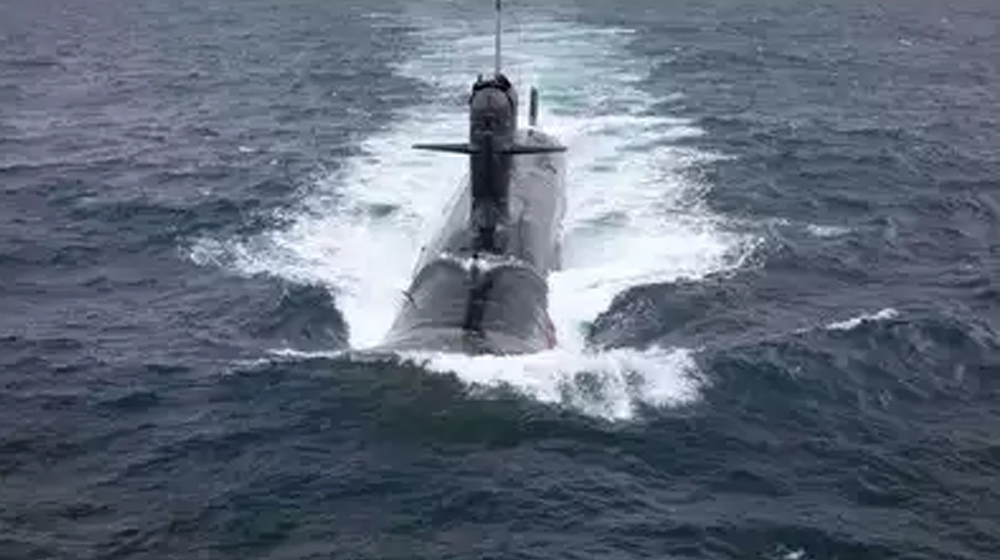 It’s not been long since the two nuclear states, Pakistan and India, stood at the brink of war. Soon after the Pulwama incident, the Indian Air force attacked and violated Pakistan’s airspace. But that was not the only operation the Indian military was carrying out at that time.

It has been revealed by an India publication that the Indian Navy was also in action at that time. According to the media report, the Indian Navy pulled a major part of its fleet from an exercise and deployed it close to Pakistani territorial waters.

The fleet included nuclear and conventional submarines. As the tensions between the two countries simmered, India started keeping a close eye on Pakistan Navy’s movements. It was unable to locate an advanced Pakistani Agosta-class submarines-PNS Saad.

The missing Pakistani submarine made the entire Indian Navy go on a hunt that lasted for 21 days. “All the areas where it could have gone in the given timeframe, extensive searches were carried out by the Indian Navy. P-8Is were pressed into service to locate the submarine along with the coastal areas of Gujarat followed by Maharashtra and other states,” states the media report.

The P-81s have been recently acquired by India from the US. They are the advanced maritime surveillance aircraft having potent anti-submarine warfare capabilities.

According to the Indian government sources, the PNS Saad had vanished from near Karachi, and it could reach the Gujarat coast, India, in three days and the western fleet’s headquarters of Mumbai within five days. It was deemed a major threat to the security of India.

The Indian Navy took all the necessary steps to locate PNS Saad. The option of punitive military force was also made open, in case the submarine refused to surface. The country’s Navy committed its most potent assets to the search points. It employed satellites for the search and kept expanding its areas of search.

However, India claims that they finally located the Pakistan submarine in the country’s western territorial waters.

If the past events are recalled, Pakistan Navy had disclosed on May 5 that it had thwarted an Indian submarine from entering into Pakistani territorial waters, releasing a video as well. The claim was downplayed by the Indian side.