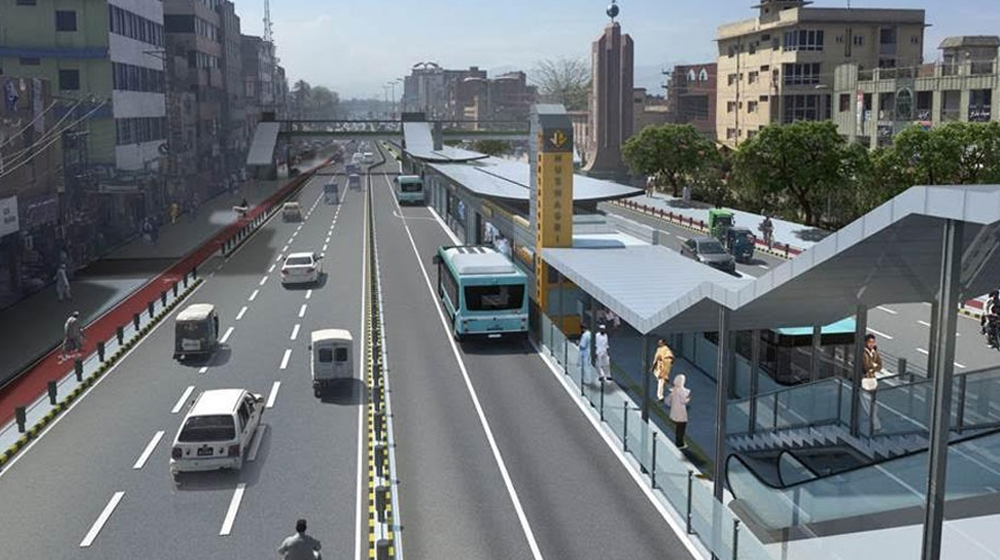 Peshawar Bus Rapid Transit (BRT) Project has been a long time coming. Due to inaugurate on June 30th, the project is going to miss this deadline as well and will be delayed yet again.

So far, 61% of the work has been completed on the project, which is why a June 30 deadline is unrealistic at this point.

Originally started in 2017, Chief Minister KP Pervez Khattak had promised back then that the project would be completed within 6 months.

While the first deadline appeared to be quite ambitious, around eight (!) deadlines have been missed so far. The recent official deadline of June 30, 2019, was conveyed through a letter in November 2018 by the National Economic Council (NEC).

The NEC had approved the project at a revised cost of Rs. 66.437 billion. The project is funded by the Asian Development Bank and Agence Francaise de Development’s (AFD) loans. The council’s orders, when giving the approval for the revised cost, included a soft launch of the project and its completion by March 2019, which was delayed to June 2019.

However, the project is unlikely to meet this deadline as well, given that there are only four days left and 39 percent work still needs to be completed.

On March 23 this year, Information Minister Shaukat Yousafzai organized a test run of the BRT route while inviting media and officials. He called it the official soft launch for the project.

According to the performance audit report of May 23, the financial progress of the project is about 61 percent of the total expenditures of the civil works.