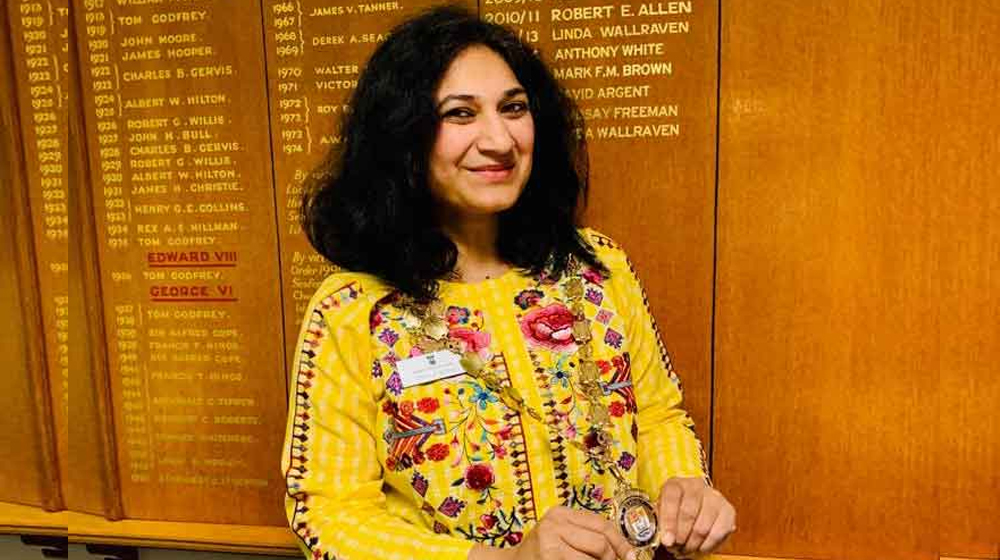 The Mayor of British coastal town, Seaford, Nazish Adil, is the town’s first mayor belonging to an ethnic minority.

Adil’s victory in the local elections in 2018 marked a wave of change, not just because she is a Muslim, a woman, and a Pakistani; She is the first mayor of Pakistani origin in entire southeast England. She belongs to a party, Liberal Democrats, that took the reins of Seaford by defeating two major political parties, the Conservative Party and the Labor Party.

It was not easy for her to win the seat of the town council of Seaford, as the town is home to a large number of staunch supporters of the Conservative party.

And yet, she became the town’s chief executive, and now enjoys regal protocol. People bow before her while the army salutes her and conducts marches in her honor.

She moved to the UK in 2010 with her husband who, also Karachi-born and a banker, shifted to the UK because he was not enjoying his job. One and a half year after immigrating to the UK, they moved to Seaford, a town of the Lewes District Council of Brighton city.

She lives in the town with her husband and two sons, who are 12 and nine years old. She attributes her victory as a mayor to Pakistan. Her husband works in securities while she manages a restaurant, Moon of India, owned by a Bengali family.

According to Nazish, there are no Asians in the town but three Bengali families and themselves. She started her political career with the Liberal Democrats, a party with anti-Brexit stance.

She believes that her party, Liberal Democrats, is similar to the Pakistan Tehreek-e-Insaf (PTI), as it also emerged as a third major political force when the national politics was dominated by only two major parties.

She tells that Imran Khan is quite popular where she lives. He used to play cricket from East Sussex, the county where her town is situated. Nevertheless, she maintains that politics is quite different in Pakistan and the UK.

“They count you as an individual. They do polish the characteristics and qualities that you have as a leader. You have to be a trendsetter there. Mostly they work with populism and charismatic leaders who can communicate easily,” says the mayor.

She further adds that she was shocked to know that Karachi’s mayor does not even have the function of garbage collection with him. Because her council enjoys immense powers like that over garbage collection, water supply, sewerage system, parking, and other civic issues. The town council can also deal with issues like child abuse and bullying.

Even the development work needs to be approved by the town council.