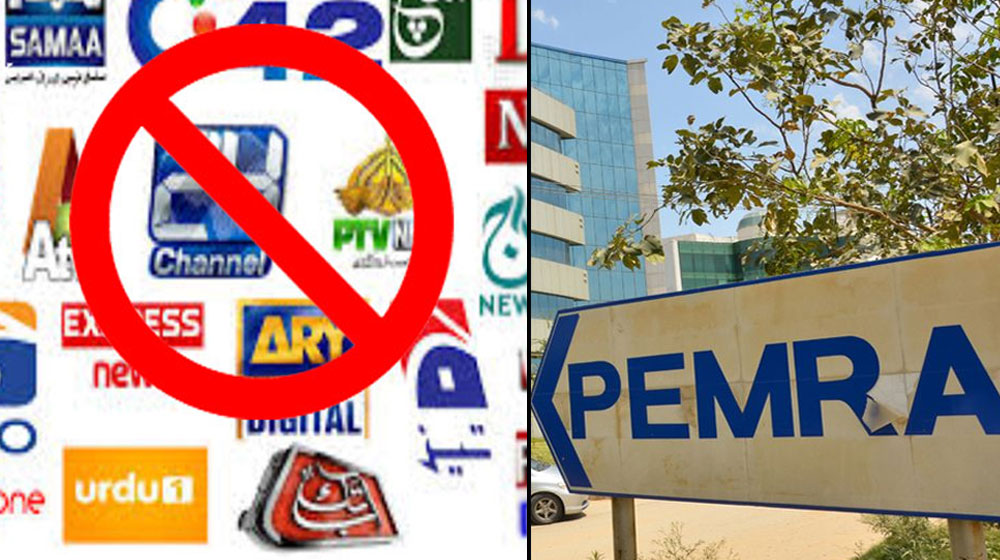 Up to three news channels have reportedly gone off air in some parts of the country, media reports claim.

Three news channels, including Abb Takk, 24 News and Capital News have been off air in various parts of the country since last night without any particular reason.

The channels have collectively accused the Pakistan Media Regulatory Authority (PEMRA) of the move. However, PEMRA has not issued any notification in this regard and its communication channels have no information about any of the blocked channels.

“PEMRA’s standard procedure is that they issue a notice to the concerned organization before taking an action. But, in this case, there were no heads up from them,” said a media report.

The affected channel administrations have urged Prime Minister Imran Khan to intervene and resolve the matter at the earliest.

This is the worst form of censorship. Under your watch 3 Channels have been taken off air without assigning any reason.

While the reason remains unknown, a few experts believe that the action was taken after the channels aired contemptuous content (Maryam Safdar’s presser and address) against the judiciary and other state departments.

PEMRA has taken off air news channels @AbbTakk @CapitalTV_News @24NewsHD without prior notice or any written reason. I’m an advocate of media regulation but this is an inappropriate & shameful way of regulating the media. It will give no brownie points to state but the bad name

Reportedly upon orders from PEMRA, our Channel 24 is being taken off air across the country by cable operators. So too Abtak and Capital TV. Reason: Coverage of Maryam Nawaz presser and jalsa last three days.

in #Pakistan put off air. pic.twitter.com/yaFAfI2IM3