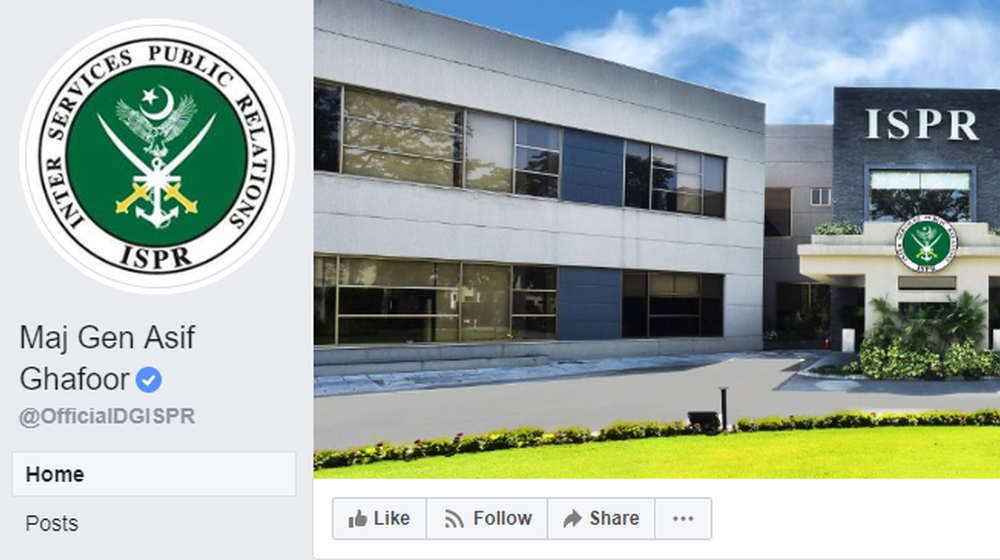 Pakistan Army’s media wing, Inter-Services Public Relations (ISPR) has made some tweaks to its official Twitter and Facebook handles.

The profile pictures of the two accounts have been changed to ISPR’s official insignia instead of Major General Asif Ghafoor’s photo. The tweak has been made to differentiate the official and personal accounts of the Director-General of ISPR.

Here are the official and personal accounts on Twitter:

Earlier, there was plenty of confusion regarding the personal and official accounts of ISPR’s spokesperson, especially on Twitter, which seems to be the reason why the changes have been made.

This is also done to ensure that these accounts are government property and, unlike the government of Punjab, will be handed over to the successor when the current DG retires.

ISPR has played a pivotal role in negating the Indian propaganda during the February attacks in Pulwama and came up with befitting responses every time bogus claims were made from across the border. Even then, Asif Ghafoor used both the accounts to keep the masses updated, which led to confusion in some cases.