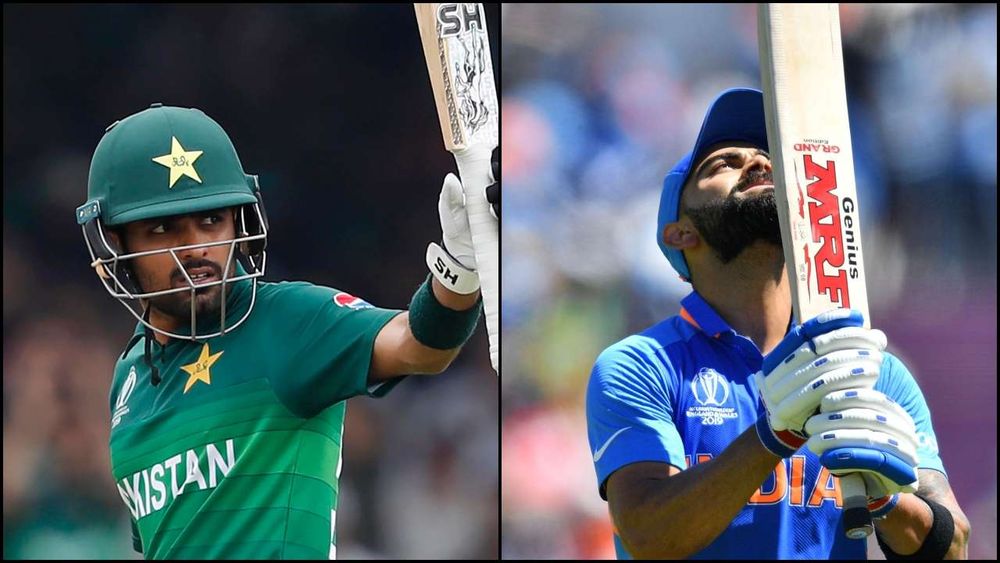 Pakistan bowed out of the ICC Cricket World Cup after failing to make it to the top 4 due to a poor net run rate.

India, on the other hand, suffered a defeat in the semi-final at the hands of New Zealand in what turned out to be a thriller of a contest spanning over two days, due to rain on the first day and a reserve day policy.

There have been plenty of comparisons being drawn between Virat Kohli and Babar Azam who are considered two of the best batsmen around in cricket. While some may say the Indian skipper is way ahead of his competitor from across the border, there have been plenty of stats and numbers suggesting that Babar is right up there with him, if not ahead.

Without much talk, let’s skip to the figures and see who is the better batsman. During the World Cup, the 24-year-old Babar became the second-fastest to 3,000 ODI runs, the first being South African great, Hashim Amla. Babar took 68 innings to cross the mark as compared to Virat Kohli’s 75.

Similarly, he has been faster to 1,000 and 2,000 ODI runs as compared to Kohli. At one time, Babar held the joint record for the fastest 1,000 runs in ODI history, which was later bettered by Fakhar Zaman and Imam-ul-Haq.

Here are the numbers from the Cricket World Cup:

The numbers are clearly indicative of his better outing at the mega event as compared to Virat Kohli. Babar edged past Kohli in terms of the runs scored, the average, the hundreds and even the number of boundaries scored during the tournament.

The top-order batsman has also overtaken Javed Miandad as the highest run-getter for Pakistan in a single edition of the World Cup.

It might be too early for us or anyone to call Babar a legend, but, he’s a class act for sure. He has been the run-machine Pakistan cricket team had been missing for many years and his inclusion in the team has strengthened our batting unit significantly.