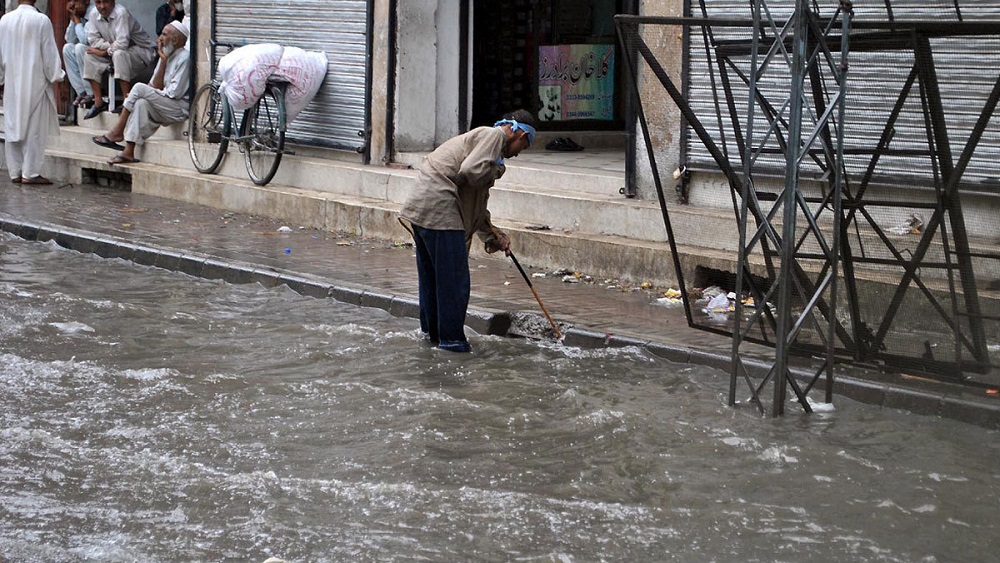 In the midst of worsening economic conditions and taxes being imposed or increased on nearly everything, we might be getting another nasty surprise thanks to heavy rainfall.

Severe bacterial infections are likely to spread in Rawalpindi, including cholera, typhoid, dysentery, gastroenteritis, hepatitis A and E, shigellosis and giardiasis, an infection in the small intestine.

Heavy rainfall leads to water accumulating around the houses in a number of neighborhoods in Rawalpindi, especially in densely populated and low-lying regions of the city, eventually stagnating and increasing the risk of various infections.

According to health experts, the accumulation of dirty water in the city due to rainfall and the wastewater overflowing out of multiple nullahs including Nullah Leh may contain Salmonella bacteria to develop, which leads to food poisoning and may cause diarrhea, fever, and abdominal cramps.

Studies show that less than 100 bacterial cells are enough to cause an infection and dysentery that could destroy the epithelial cells of the intestinal mucosa. Experts say that water accumulation also increases the risk of occurrences of vector-borne diseases such as malaria and dengue fever along with food-borne infections.

Dr. Muhammad Mujeeb Khan, Department Head of Infectious Diseases at Holy Family Hospital, while talking to the media, said that in the prevalent weather conditions, people must take precautions and keep their living space clean and keep food items in ideal hygienic conditions.

Dr. Mujeeb added that heavy rainfall also escalates the risk of water contamination at tube-wells but by boiling water before using it, people can avoid health hazards. Vegetables and fruit should also be washed with clean water before use.

He added that to avoid infections, any area inside the house that sees water accumulating due to sustained rainfall and overflowing of water from sewage lines must be drained immediately and it should be washed with clean water to avoid infections.