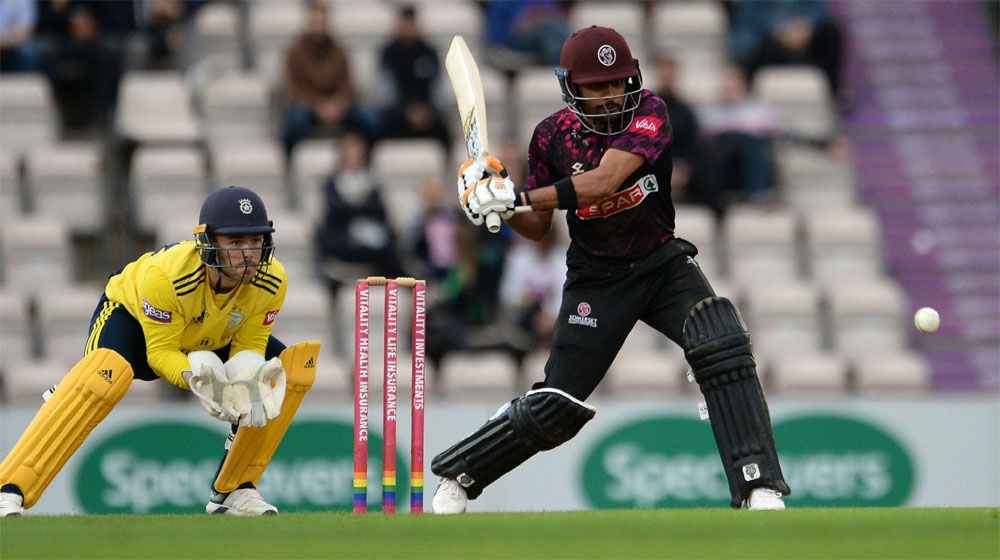 This was his second T20 career hundred which came in only 55 balls with a last-ball six. Babar scored seven fours and six sixes during the inning.

The masterclass batsman reached the half-century milestone in 33 balls which means that the next 50 runs came in just 22 balls.

With this blistering hundred, Azam is now the leading run-scorer of the tournament having scored 425 runs in eight innings. His closest rival D’Arcy Short is 99 runs behind.

His performance is also special because this is his debut appearance in the T20 Vitality Blast and he has made a massive impact on the team. 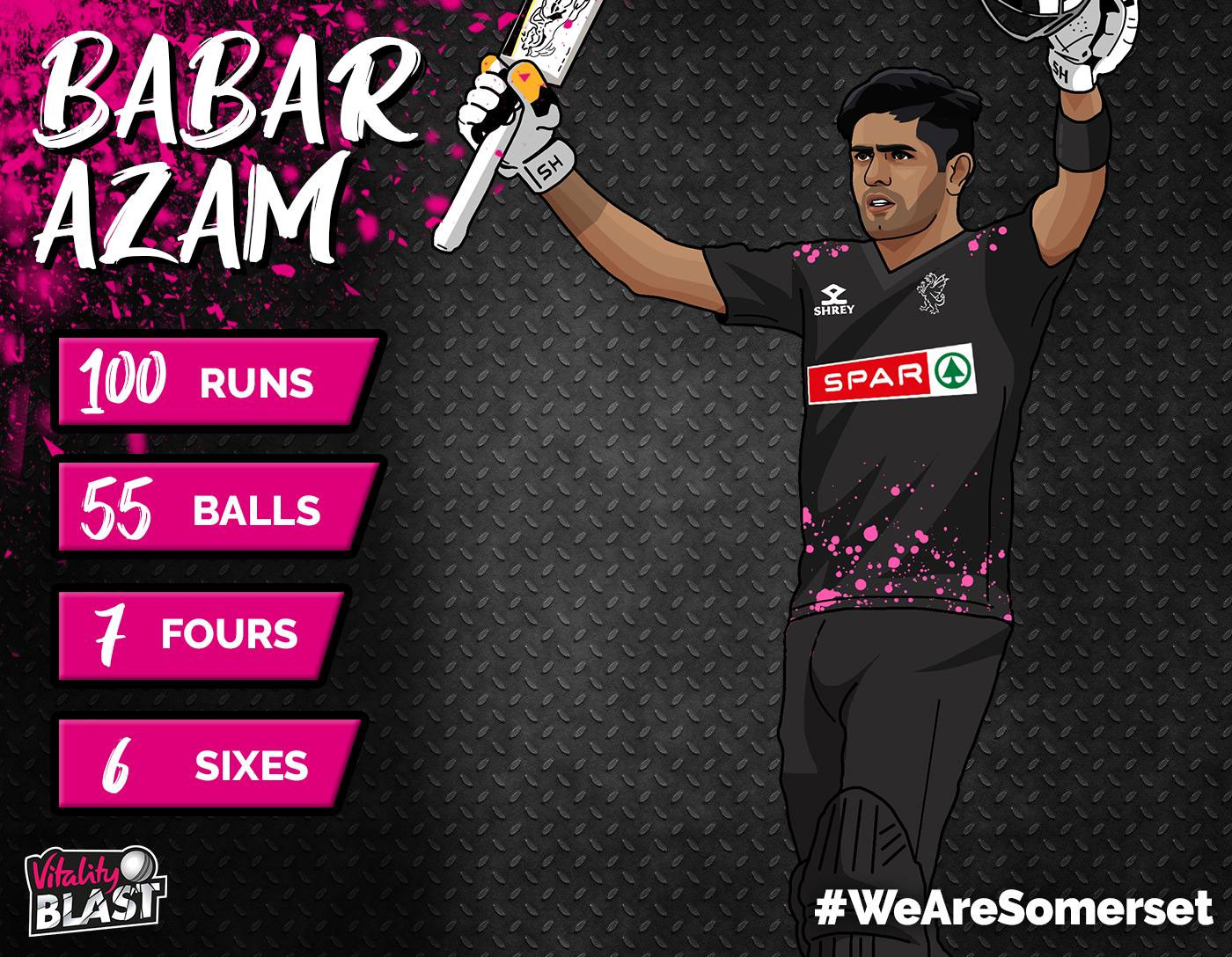 The win has helped Somerset beat Hampshire to grab the fifth spot in the tournament and boosted their chances for knockouts.

His phenomenal form and performances in the world cup and against England have earned him a lot of fans in this region.

According to ESPNCricinfo, Somerset digital marketing team was forced to upgrade the club website’s server capacity after Somerset’s first game as a massive influx of Babar’s fans kept crashing the site.

Likewise, the No. 1 T20 batsman scored 83 runs in a home match against Sussex last weekend. He attracted over 1.5 million views on YouTube.