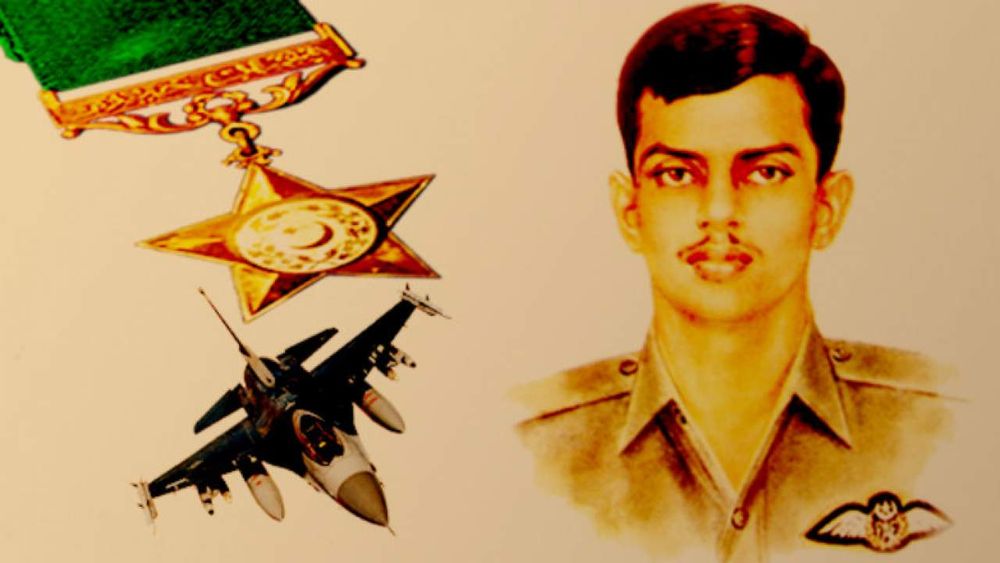 The brave son of the soil, Rashid Minhas etched his name in the history books when he crashed his trainer jet when his defector trainer, Mataur Rahman, tried to take his plane to India.

Rashid is the first Pakistan Air Force (PAF) officer who received the Nishan-i-Haider, the highest military award in Pakistan. He is also the shortest-serving and the youngest officer to receive the award for his valor. He embraced martyrdom at the age of 20.

Pakistanis are celebrating his 48th martyrdom anniversary. On this day in 1971, during a routine training mission on a T-33 Jet trainer, his instructor tried to take control of the plane, knocking him down in the process. Rashid made sure that he didn’t let the traitor accomplish his mission.

He sacrificed his life by crashing the jet 32 miles inside Pakistani territory. He didn’t compromise on the honor and integrity of his country and made sure that his jet didn’t get into the hands of the enemy. His bravery made him a childhood hero for the young Pakistanis and became the reason why so many young kids wanted to join the armed forces, especially PAF.

Hashtags #RashidMinhas and #PakistanAirForce are currently the top trends on Twitter to pay tribute to the brave PAF pilot.

You know what message by #RashidMinhas was given. He proved we Muslims and Pakistan don’t love our lives. Shahadat is our goal #PakistanAirForce

We are Pakistani we are one nation and will never forget our heros…♥️ #RashidMinhas#PakistanAirForce pic.twitter.com/X9jJZz3HU3

#RashidMinhas was everyone's childhood hero. He was my first inspiration to join the armed forces of #Pakistan. He belongs to the prestigious fighter conversion squadron of #PakistanAirForce who awards only heroes like him.

Pilot Officer #RashidMinhas(Shaheed) was a military officer in the Pakistan Air Force. Minhas was the only PAF officer to receive the highest valour award, the Nishan-e-Haider. He was also the youngest person and the shortest-serving officer to have received this award.#Pakistan pic.twitter.com/uObo2sBMu4

Share your opinion on his bravery in the comments section.