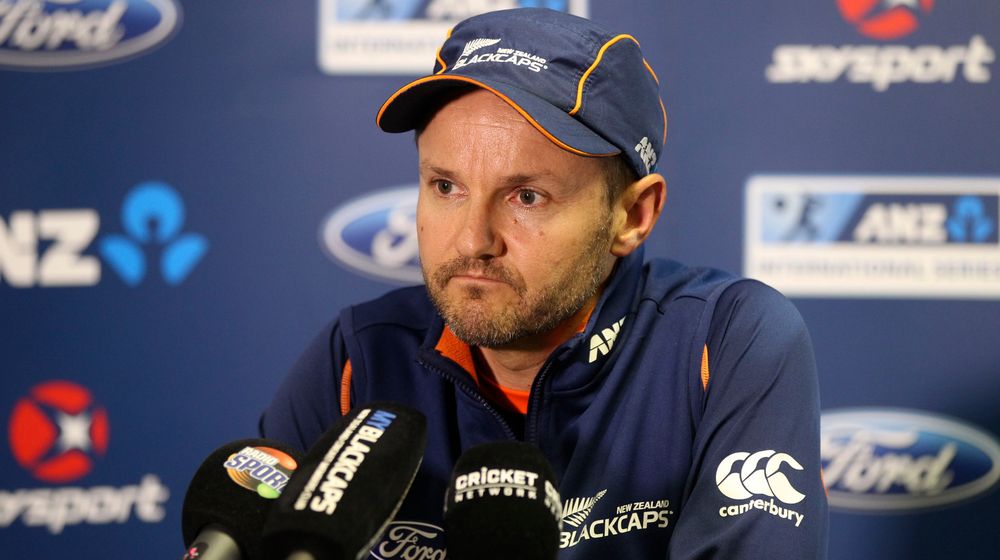 Former New Zealand Coach, Mike Hesson has turned down the request to take over the coaching responsibilities for Pakistan after Mickey Arthur.

According to local reports in New Zealand, Mike Hesson hasn’t applied for the coaching role. He was a frontrunner for the Head Coach role for both Pakistan and Bangladesh, however, he has refused to take up the job. The 44-year-old has a proven track record with New Zealand, where he remained a coach for 6 years.

Just to clarify as plenty of speculation about …….. I have not applied for the Pakistan Head Coach Role with @TheRealPCB. Whoever gets the role certainly has plenty of talent to work with and would be an exciting proposition for whoever gets the job!#pakistan

He parted ways with the New Zealand team in 2018 due to personal reasons, however, he had applied for the post of Head Coach of India. He lost the race to the current Indian coach, Ravi Shastri by a close margin, following which, he has decided not to return to the international circuit.

Hesson has also said that international commitment would force him out of a TV contract with Star Sports, which is why he is no longer available for a coaching job in the near future.

Currently, Misbah-ul-Haq and Dean Jones are among the top contenders to fill in the shoes of Mickey Arthur who didn’t get an extension from the PCB.