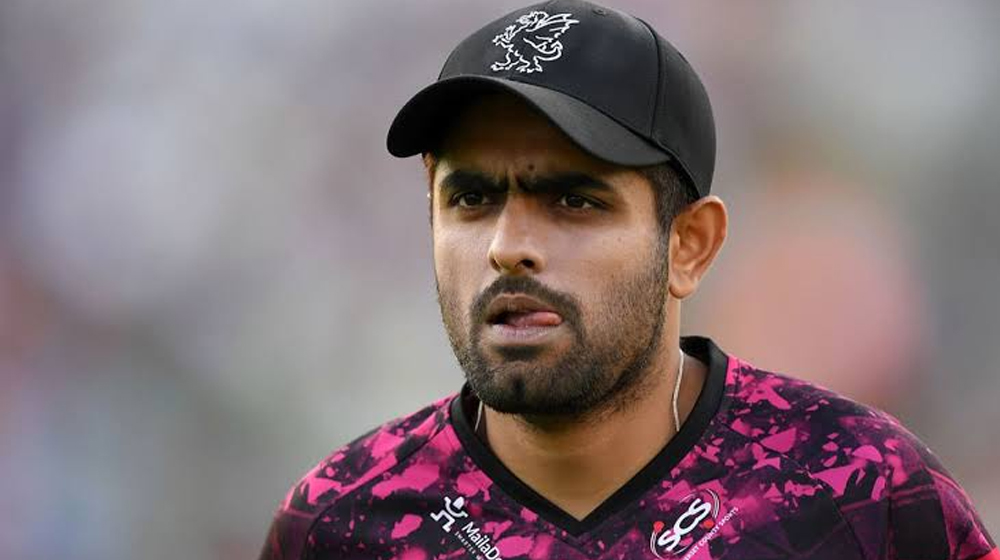 Babar Azam has continued his good form in the ongoing Vitality Blast 2019 with yet another impressive performance against Glamorgan.

In addition to that, Babar Azam has also become the first Pakistani player to score 500 runs in a single edition of a T20 tournament.

Pakistan’s premier batsman scored 63 off 42 deliveries for Somerset, hitting 7 boundaries and one maximum on Saturday.

This was his 4th half-century of the tournament with a century already in the bag earlier this season.

Babar Azam remains the highest run-scorer in the tournament after 11 games. He has scored a total of 541 runs with an average of 60.11 and has a strike-rate of 152.39.

In addition to that, Babar has also scored the most number of boundaries with 57 and also has 14 sixes to his name.

Thanks to his remarkable form, Babar Azam now ranks top in the Most Valuable Player for the T20 Blast. 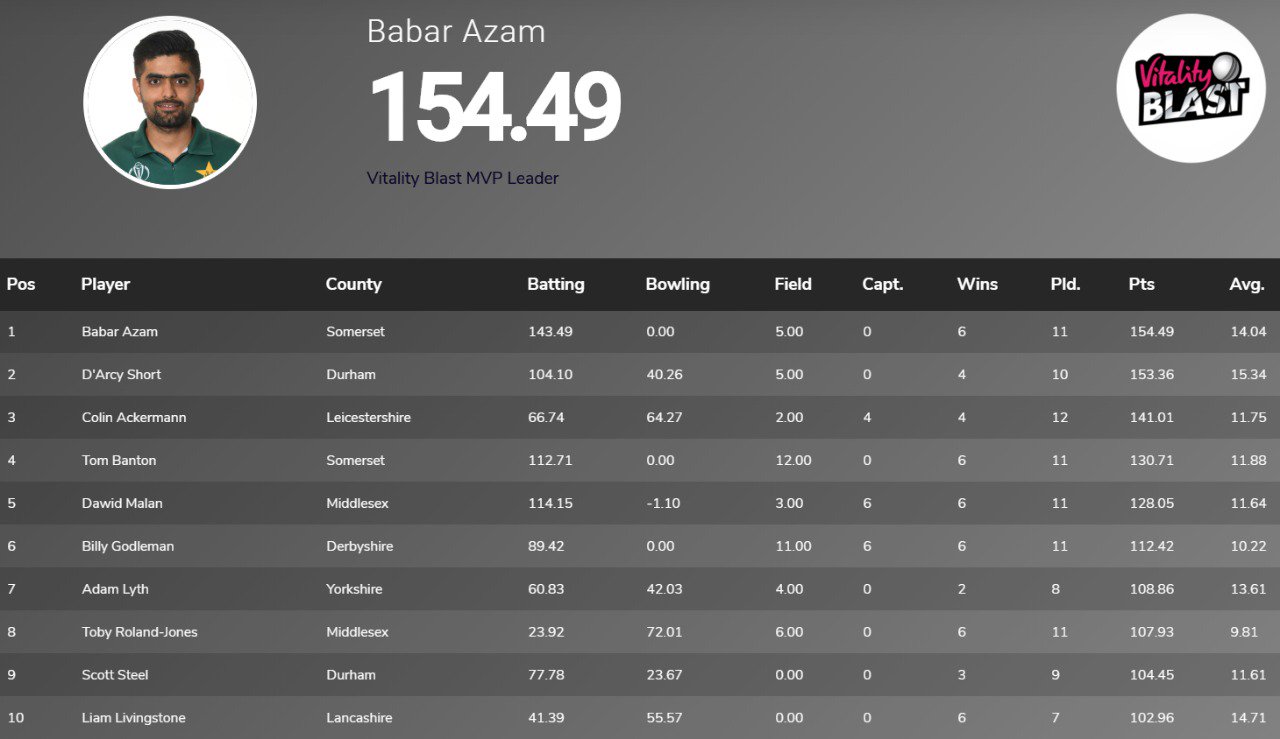 Do you think Babar Azam can finish as the highest run-scorer in Vitality Blast 2019? Let us know in the comments section below.