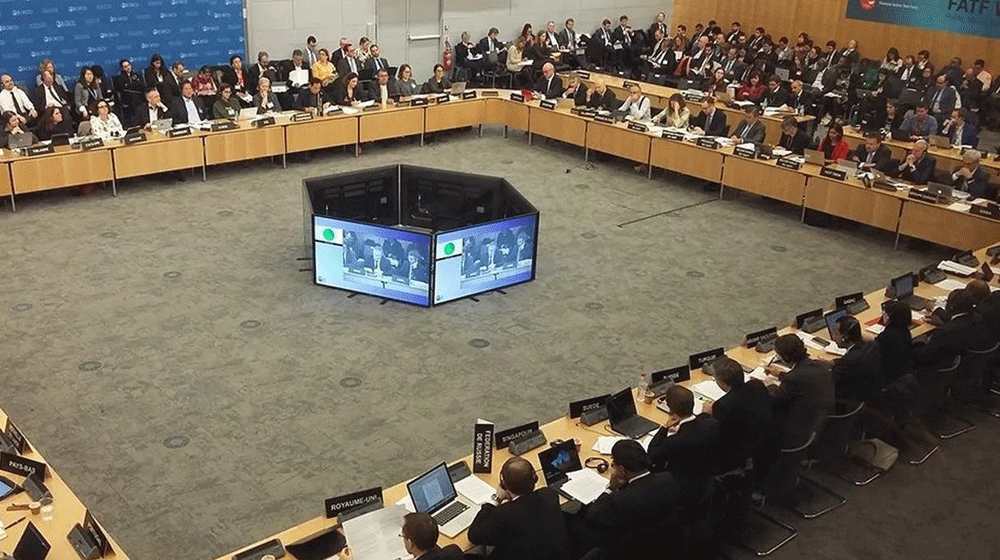 The Federal Minister for Economic Affairs Hammad Azhar has said that Pakistan is unlikely to be placed on Financial Task Force’s (FATF) blacklist in its next meeting.

Hammad was addressing the concluding session of “First Central Asia Regional Economic Cooperation (CAREC) – Capital Market Regulators Forum” on Friday. He said that the country has made changes in line with the recommendations of FATF and would submit a progress report to its Working Group next month.

We are expecting improvement in Pakistan’s position on the FATF list. In my opinion, there is not even a slight chance of Pakistan being put on the blacklist.

Hammad Azhar said that the recent US delegation was briefed on Pakistan’s efforts on anti-money laundering and financing terrorism (AML/CFT) regimes. The delegation was satisfied with the efforts.

The British political counselor was also briefed in anti-money laundering measures, he added.

India has tried all its schemes to destabilize and isolate Pakistan economically but has failed badly in all its attempts.