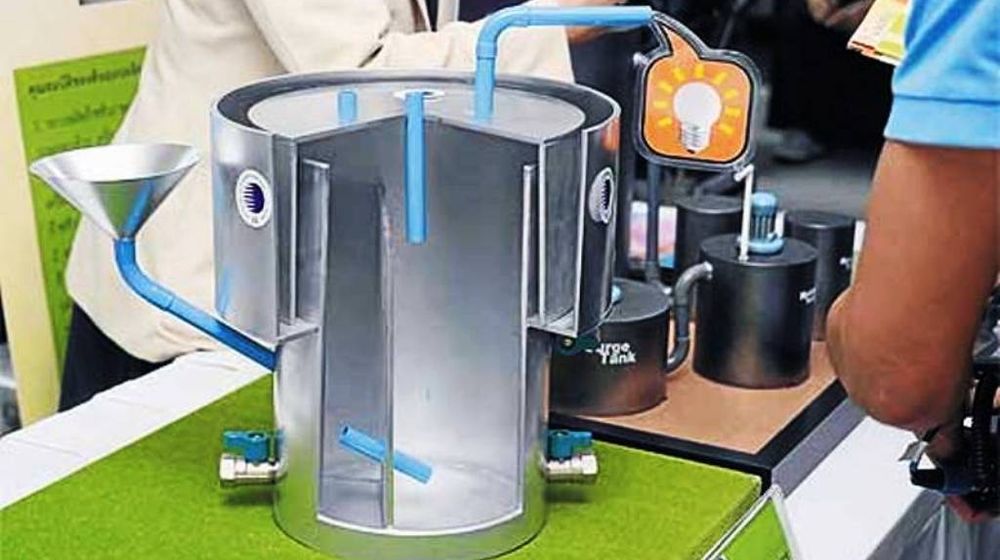 Fawad Chaudhry, the Federal Minister for Science and Technology, has floated the idea of small biogas plants as domestic dustbins for homes. He tweeted about his ministry’s latest initiative on Wednesday:

https://t.co/5UY5kwfqHj small biogas plants as domestic dustbins another idea of #MoST

In an interview with a private channel, Chaudhry said his ministry is focusing on improving the lives of a common man.

Talking about their latest initiative, he said that they will launch their project soon:

We have developed a geyser-sized biogas plant and it will act as an organic dustbin at homes. Instead of throwing waste at other places, you can put it in the biogas unit. It will produce enough gas for a normal household of 5-6 people.

Answering a question about its cost, Chaudhry said that it will be available at a ‘nominal cost’ of Rs 35,000.

The MoST has been quite active in introducing new initiatives in recent months. From electric rickshaws and bikes to bottled mineral water, the 5-year lunar calendar and autonomous vehicles, the Ministry of Science and Technology has been making efforts to uplift the lives of a common man.

What are your thoughts on the initiative? Let us know in the comments section.