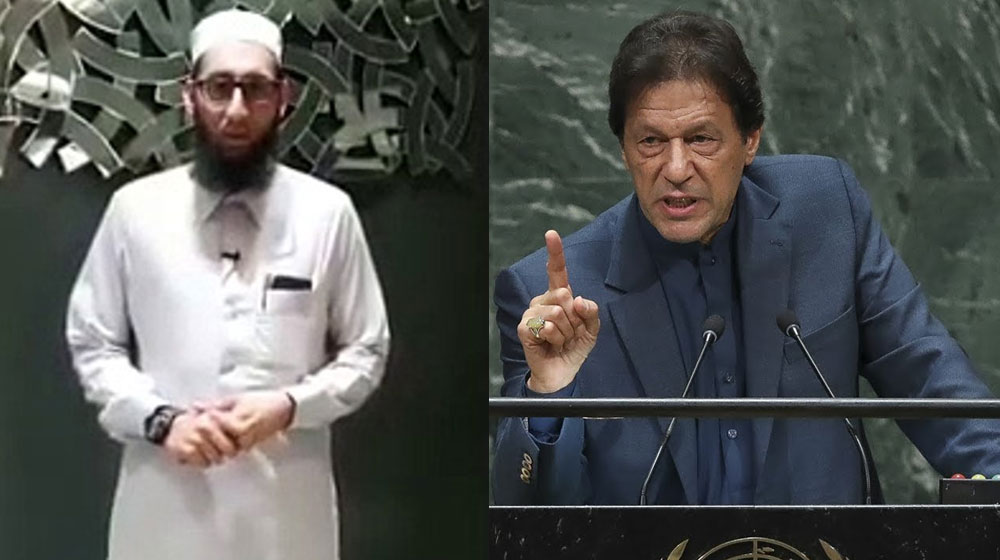 Maulana Akoo released a video message yesterday which is being widely shared across social media platforms.

The South African religious scholar thanked Khan on behalf of the entire Muslim world for presenting a strong case for Muslims all over the world.

With his speech, he said, Imran Khan has touched the hearts of millions of Muslims across the globe.

Molana Ahmed Akoo, a prominent Muslim scholar, sends a message to Imran Khan on behalf of Muslims around the world for highlighting Muslims’ plight, how the love of Prophet PBUH resides in all our hearts & busting the myths of “Radical Islam” pic.twitter.com/rsGRJOvYtS

Referring to his comments on the Hijab ban in some European countries, Maulana Ahmed lauded PM Khan for highlighting the plight of Muslim immigrants. He said that the speech had given him hope that the myth of ‘radical Islam’ will soon be debunked.

The bravest and the most courageous of actions that can be undertaken by a Muslim is when the word of truth is spoken against oppression and the opposition – and that is exactly what you [PM Imran] have done.

He also appreciated how well Imran Khan conveyed the ‘sensitivities of the Muslims’ to the western world.

Love, respect, and honor for the blessed Prophet (PBUH) is something that resides in the heart of every single believer.

At the end of the video, he invited PM Imran to visit South Africa.