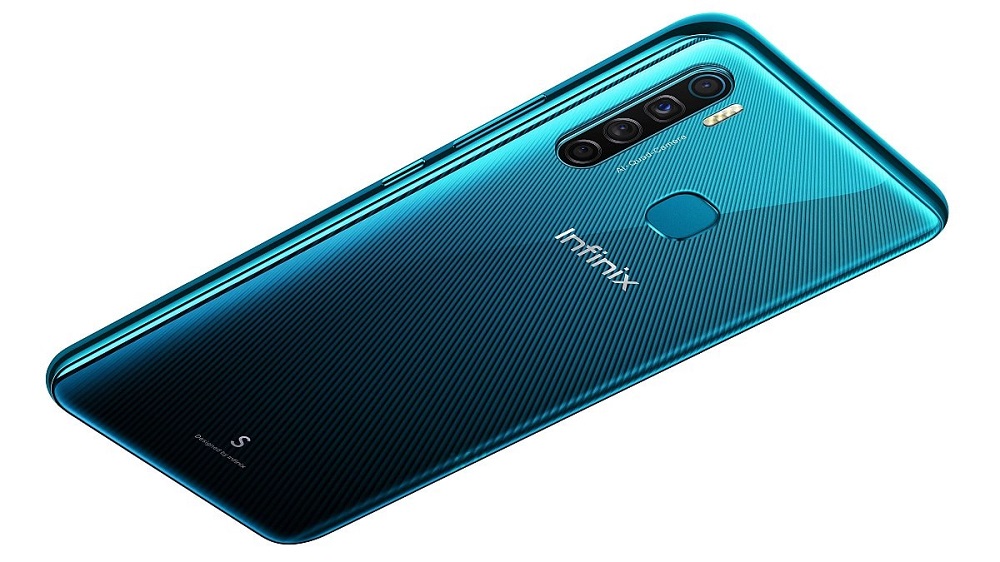 The Hong Kong-based phone maker Infinix, known for its entry-level and lower mid-range smartphones, has just unveiled a budget smartphone called the Infinix S5. The smartphone features a basic 2019-smartphone design, a huge display, and a quad-sensor rear camera.

As always, the price is quite low (below $200) for a decidedly mid-range smartphone.

Keeping the generation Z in mind, the company has decided to launch it in two beautiful and vibrant colors. 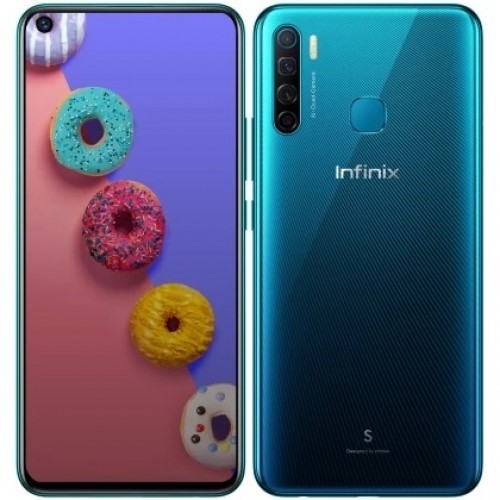 At the back, the smartphone features thin and nearly placed white lines on a vibrant colored background. The quad-sensor camera is vertically aligned on the top left and the fingerprint sensor is housed in the center. It will be available in two colors: Quetzal Cyan and Violet.

The display features a 6.6-inch IPS LCD panel with 720p resolution and 255 ppi pixel density. Another one of its standout design features is the punch-hole selfie camera, a first for Infinix phones.

Internally the Infinix S5 is powered by a Helio P22 SoC accompanied by 4 GB RAM and 64 GB of expandable onboard storage.

On the software front, it runs on XOS 5.5 flavored Android 9.0 Pie.

This budget-friendly smartphone surprisingly features a quad-sensor camera on the back with a 16 MP main sensor, 5MP ultrawide, 2MP depth, and a 2 MP low-light sensor. The camera lets you focus on objects from as close as 2.5 cm, similar to the Motorola One Macro.

The front camera is an impressive 32 MP sensor in the punch-hole at the top left.

The Infinix S5 is fueled by a 4000 mAh battery that is charged over the aging MicroUSB 2.0.

It will be available for sale by 21st October and will set users back by $125 which is quite impressive for a feature-packed budget phone.