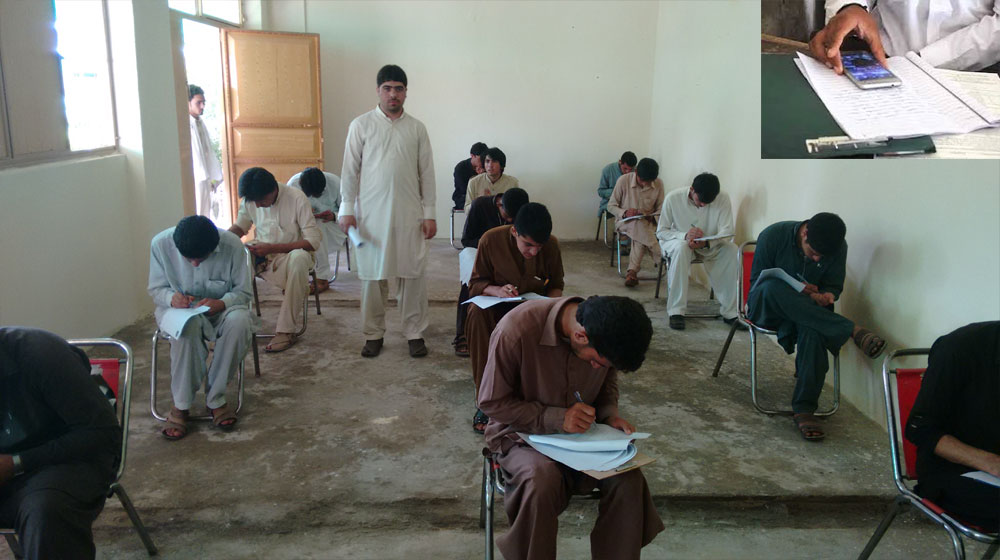 An intermediate student from Pakpattan has been caught using a surgically implanted speaker in his ear to cheat in the examinations.

As per details, the arrested candidate, Mohammad Farooq, was attempting the Chemistry exam at the Government Higher Secondary School on Friday.

He was caught by the chairman of the Sahiwal Board of Intermediate and Secondary Education (SBISE), Hafiz Shafiq, who was on inspection duty.

While passing by the student in question, he heard a phone beep. Farooq, who had an unusual bandage wrapped around his neck and ear, was asked to stand up for checking.

Upon frisking Farooq, the invigulators found a headphone and speaker implanted in his ear and wires around his neck. The student also had a small mobile phone in his pocket.

During the interrogation, Farooq revealed that a local dispenser had implanted the device with the help of a few cuts around his ear and neck.

According to the SBISE controller, Dr. Fida, Farooq has been handed over to the city police, while the dispenser and his accomplice who helped him solve the paper on the phone have also been arrested.