During an international competition, a new Guinness World record has been attained by an 11-year-old boy from Pakistan.

The record was achieved by Aima’az Ali Abro who hails from Karachi. He now holds the record for ascertaining the highest number of nations just by their outline in one minute. 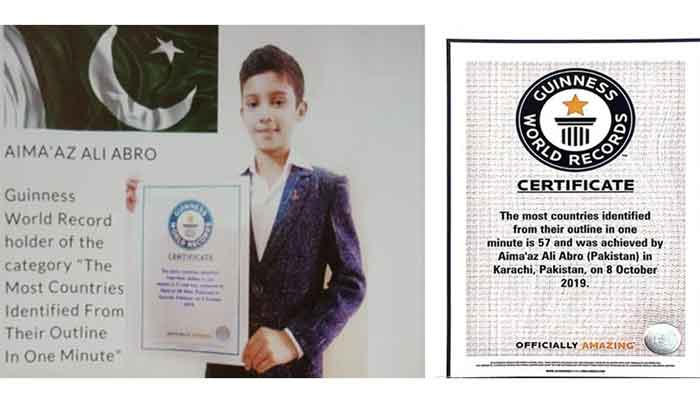 The announcement was made by the Guinness World record whose website says, “The most countries identified from their outline in one minute is 57 and was achieved by Aima’az Ali Abro (Pakistan) in Karachi, Pakistan, on 8 October 2019.” 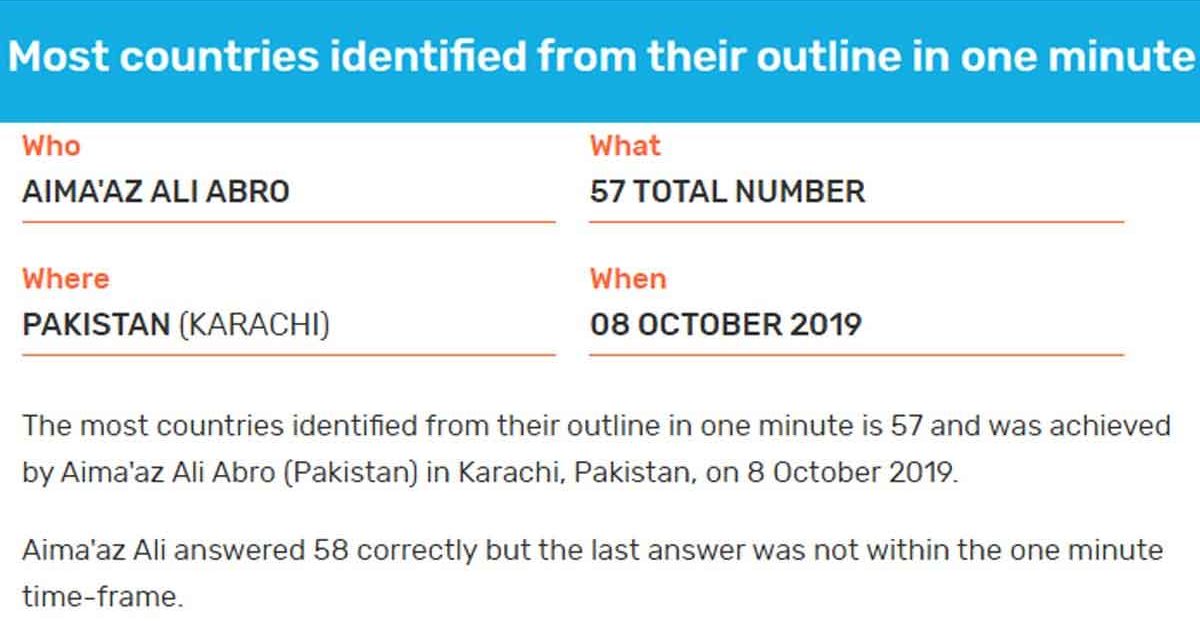 Ali, who has left people dazzled by his astounding skills, resides in the North Nazimabad area of Karachi.

Ali views his Guinness World Record as a stepping stone to achieving more greatness and has set his eyes on one day winning the Nobel Prize.