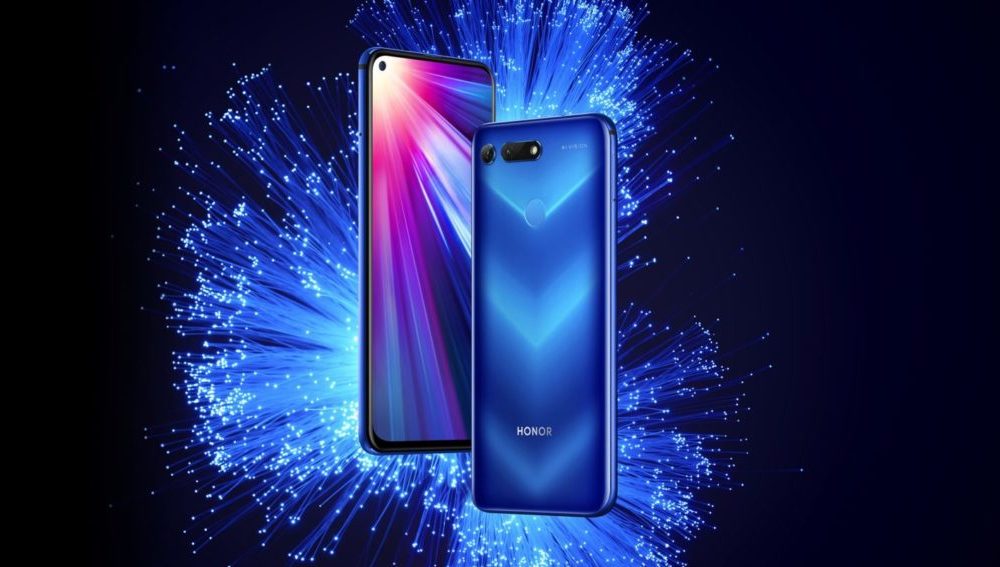 Huawei’s sub-brand Honor is prepping to launch one of the last flagship devices of 2019. The Honor V30’s official launch date has been confirmed to be November 26, but the reveal will take place a little earlier. This has been confirmed via the company President, George Zhao.

Honor has also released posters for the upcoming flagship on Weibo, which reveal the front design of the device. 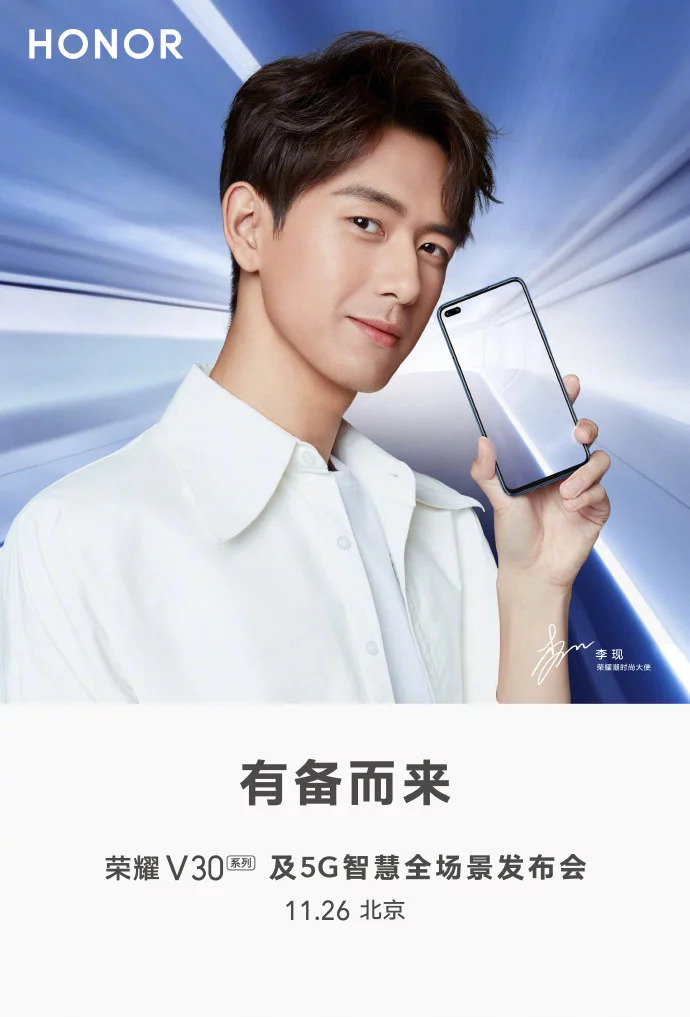 The display has a pill-shaped punch-hole cutout for dual selfie cameras in the top left corner, similar to the Galaxy S10. It features a tall aspect ratio and minimal bezels all around. The Chinese model and actor in the poster, Johny Huang, will be endorsing the product as Honor’s brand ambassador.

The Honor V20 was the first smartphone to start the trend of punch-hole selfie cameras, and it seems that the Honor V30 will be retaining it with two selfie cameras instead.

Rumor has it that the V30 will be powered by Hisilicon’s latest flagship SoC, the Kirin 990. The standard V30 will sport a flat LCD display with a fingerprint sensor on the side, whereas the V30 Pro will have an OLED display instead. The Pro model will also be 5G compatible.

Both variants will have a quad primary camera setup on the back and it is expected that these cameras will be one of its major selling points. The primary camera may be a 60-megapixel shooter on both devices.

A 4,000 mAh battery is expected in the V30 and a 4200 mAh cell on the Pro. Both are rumored to have 40W fast charging alongside wireless charging.