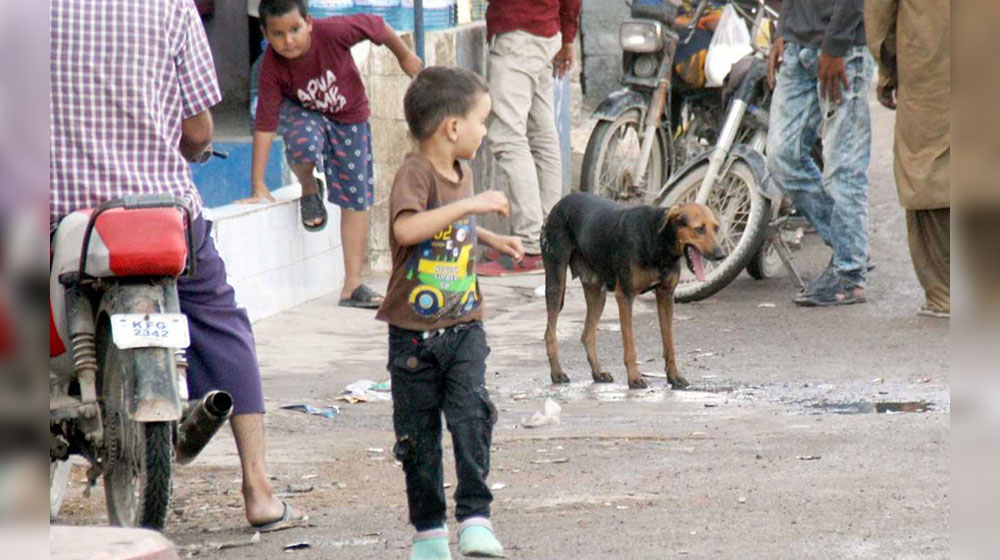 On average, 630 cases of dog-bites are reported every day in Sindh. This was revealed by an MPA of Pakistan Tehrik-e-Insaf (PTI) in the Sindh Assembly.

Firdaus Shamim Naqvi, the opposition leader in Sindh, quoted the numbers collected by the health department on October 21.

According to the health department’s report, around 186,579 people have been bitten by stray dogs across the province in the last ten months. As of today, the figure is expected to have crossed 200,000.

When contacted, the director-general for health services in Sindh, Dr. Masood Solangi, said the numbers mentioned in the report only represent reported cases. The actual number of cases may be twice as high.

At least half the victims never show up at hospitals and are treated by quacks, local private doctors, or pirs.

While the issue has become severe in the past couple of months, the absence of rabies vaccine in government hospitals has made it even worse. The Sindh government, as always, is turning a deaf ear to this grave public issue.

The problem has become the latest bone of contention between the PPP-led Sindh government and the opposition. However, the provincial government has rejected the statistics as false, terming it to be the oppositions’ propaganda.

The situation devolved into an argument and the session was adjourned without a logical conclusion.