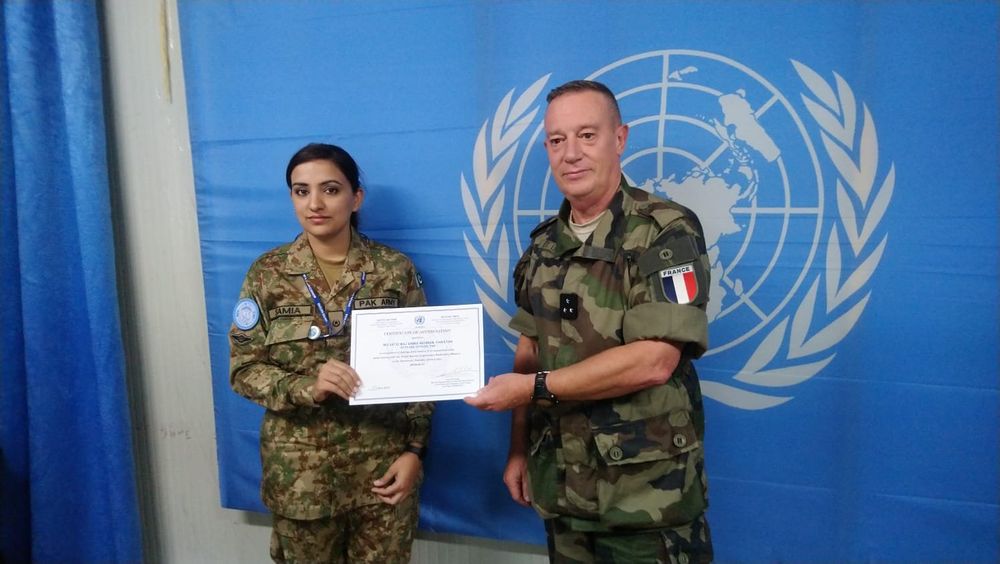 Women empowerment is on the rise in Pakistan and the results it is bringing are astonishing. Women are competing with the world’s best at the biggest stage in all walks of life. From cricket to journalism, Pakistani women are second to none. Another such name flying Pakistan’s flag high is Pakistan Army’s Major Samia Rehman.

Major Samia Rehman has made Pakistan proud at the international stage by winning the United Nations Special Representative for Secretary-General (SRSG) Certificate of the Year for 2019.

Pakistan is the biggest contributor of military troops in the United Nations Peacekeeping mission in the Democratic Republic of Congo.

What are your thoughts on Major Samia’s achievement? Let us know in the comments section.