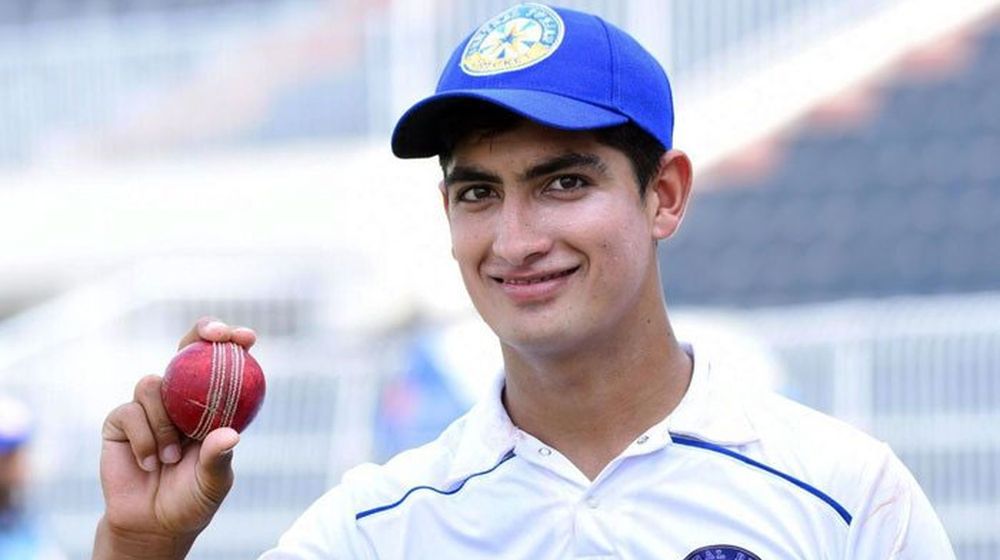 The National Junior Selection Committee has named an experienced 15-player Pakistan squad for the ICC U19 Cricket World Cup 2020, which will be held in South Africa from 17 January to 9 February.

In-form wicketkeeper-batsman Rohail Nazir has been retained as captain, while prolific opener Haider Ali has been appointed as vice-captain.

Pakistan, the 2004 and 2006 champions and three-time runners-up, are placed in Group C of the 16-team event and will play Scotland in their opening match on 19 January in Potchefstroom.

Pakistan’s second match will be against Zimbabwe at the Witrand Oval in Bloemfontein on Wednesday, 22 January, while their third and final group match will be on 24 January at the JP Marks Oval against Bangladesh.

The top two teams from each of the four groups will advance to the Super League, while the remaining teams will feature in the Plate Championship. The Super League stage will commence from Tuesday, 28 January and the top four sides will qualify for the semi-finals, with the winners competing for the title on Sunday, 9 February, in Benoni.

Rohail Nazir (captain) – This will be his second ICC U19 Cricket World Cup. After scoring a century on his first-class debut last year, he was appointed U19 captain last year for the ACC U19 Asia Cup. He was one of the most impressive players in the bilateral series against Sri Lanka and South Africa and then carried his form into the ACC Emerging Cup. In five first-class matches this year, he has scored 170 runs.

Haider Ali (vice-captain) – Scored 317 runs in Pakistan’s 7-0 win over South Africa in June/June and then followed up with 214 runs in Pakistan’s 3-2 series win over Sri Lanka. In last month’s ACC Emerging Cup, he scored 218 runs in five matches. In six first-class matches this year, he has scored 503 runs.

Abbas Afridi – Took 17 wickets and scored 129 runs in 13 matches in Sri Lanka, South Africa and in the Asia Cup. Didn’t play in this year’s PCB U19 events after having already competed in three previous U19 events

Abdul Wahid Bangalzai – The 17-year-old was the fifth leading run-getter in the PCB U19 One-Day Tournament with 246 runs, while in the three-day competition with 276 runs. He also played in the ACC U19 Asia Cup.

Amir Ali – The 18-year-old left-arm spinner made his first-class debut this season and took one wicket. Prior to that, he toured South Africa and returned as the most successful bowler with 13 wickets. In the ACC Asia Cup, he took four wickets in three matches, while he picked up seven and 28 wickets, respectively in the PCB U19 One-Day and Three-Day competition, respectively.

Mohammad Haris – The 19-year-old middle-order batsman from Peshawar toured South Africa and also featured in the ACC Asia Cup, scoring 275 runs in seven matches and 96 runs in three matches, respectively. In the recently-concluded three-day Quaid-e-Azam Trophy, he scored 31 runs in three matches. Didn’t play in this year’s PCB U19 events after having already competed in three previous U19 events

Mohammad Huraira – The 18-year-old right-handed batsman was the top-scorer in the PCB U19 One-Day Tournament with 342 runs and then followed up with 358 runs in the three-day event –third-most in the event.

Mohammad Irfan Khan – Scored 83 runs in the ACC U19 Asia Cup, third-most by a Pakistan batsman. Prior to that, he had scored 208 runs in South Africa, while he scored 475 runs in 10 three-day Quaid-e-Azam Trophy matches. Didn’t play in this year’s PCB U19 events after having already competed in three previous U19 events

Naseem Shah – Made his Test debut against Australia in Brisbane. He took four wickets in the Asia Cup, 12 wickets in South Africa and 18 wickets in four Quaid-e-Azam Trophy first-class matches this season.